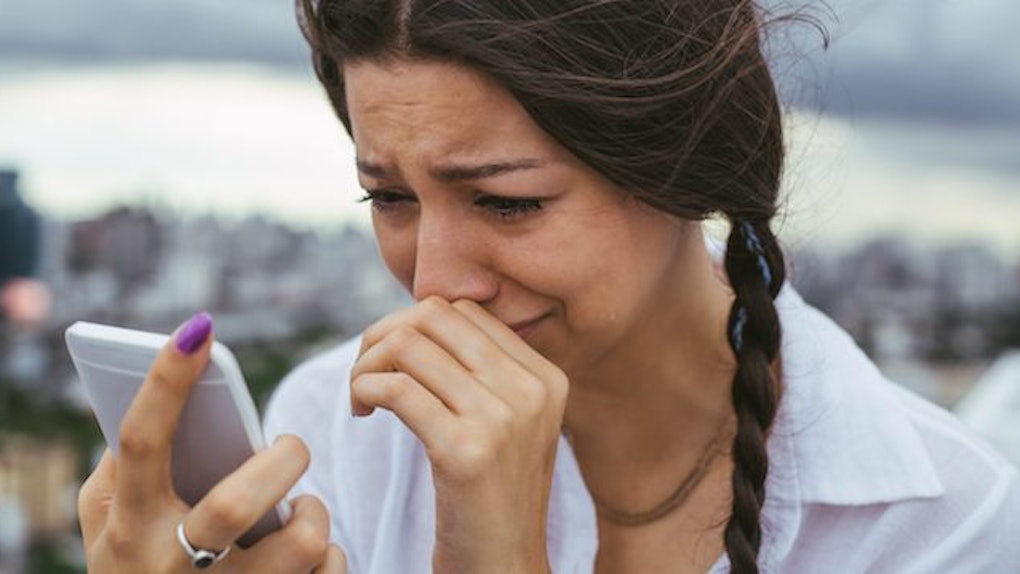 If you're on the East Coast and you're gearing up to take on incoming winter storm Stella, I regret to inform you Tinder won't be able to find you a cuddle buddy before it hits.

If you're not going to be affected by Stella, that's wonderful, but you still can't get laid or use someone for free drinks because Tinder is down.

Or, like one of my wonderful colleagues said, "Tinder goes, unlike that date you met last week." Sorry, lovebirds!

According to DownDetector, users all over the country, including Ohio, Arizona, New Jersey, New York, and Boston, were experiencing trouble accessing the app. Even users in Germany and France were having issues.

That means you should probably go home unplug your auto-swiping robotic hand.

If you don't have one of these nifty contraptions set up and you're looking to give your thumb a much needed vacation, now is the time.

Can you blame them?

Imagine having your love life buried for hours with no indication of when it will resurface.

That was a scary reality for Tinder users as they desperately cried out for help on Twitter due to the app's tech issues.

Oh, and there isn't a desktop version of the app so don't even think about it.

Yeah, it sucks... I know. There are a few other options, though. If you're dead set on finding true love, I'm sure you'll be able to manage this. Now, hear me out.

Imagine going outside with your legs and using your mouth to spark a conversation with someone solely based off of their physical appearance.

Actually, don't do that. That sounds way fucking scarier than any snow storm imaginable.

Citations: Tinder is down and the app's most desperate singles are freaking out (Mashable)