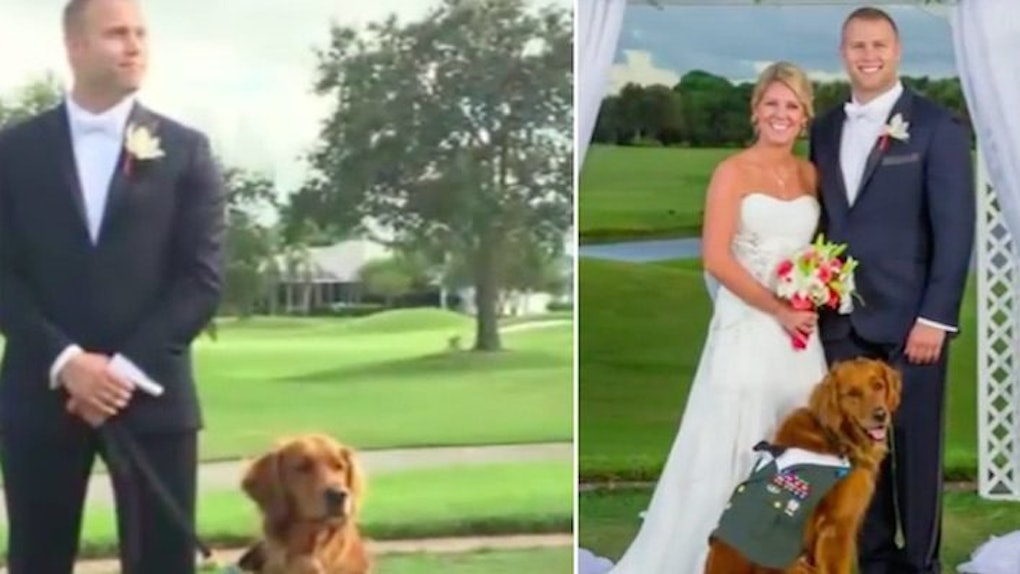 Army veteran Justin Lansford met his best friend Gabe, a Golden Retriever assigned to him by the Warrior Canine Connection, shortly after he lost his leg in Afghanistan.

In a 2014 interview with ABC News, Lansford shared,

I was a paratrooper in the 82nd Airborne and we were in eastern Afghanistan in early 2012. We struck an IED and it flipped my truck completely. I had bilaterally severed femurs which resulted in the amputation of my left leg.

Once the nonprofit paired Lansford with Gabe, the Golden Retriever helped his new owner with activities his disability made difficult.

This past weekend -- two years after welcoming Gabe into his life -- Lansford and his high school sweetheart, Carol Balmes, had Gabe serve as the best man in their wedding.

Dressed in his soldier best, Gabe strutted down the aisle and posed for pictures alongside the bride and groom.

Lansford's nuptials may not have been the only wedding ceremony in Largo, Florida this past weekend, but odds are the ceremony was the only one to turn man's best friend into best man.