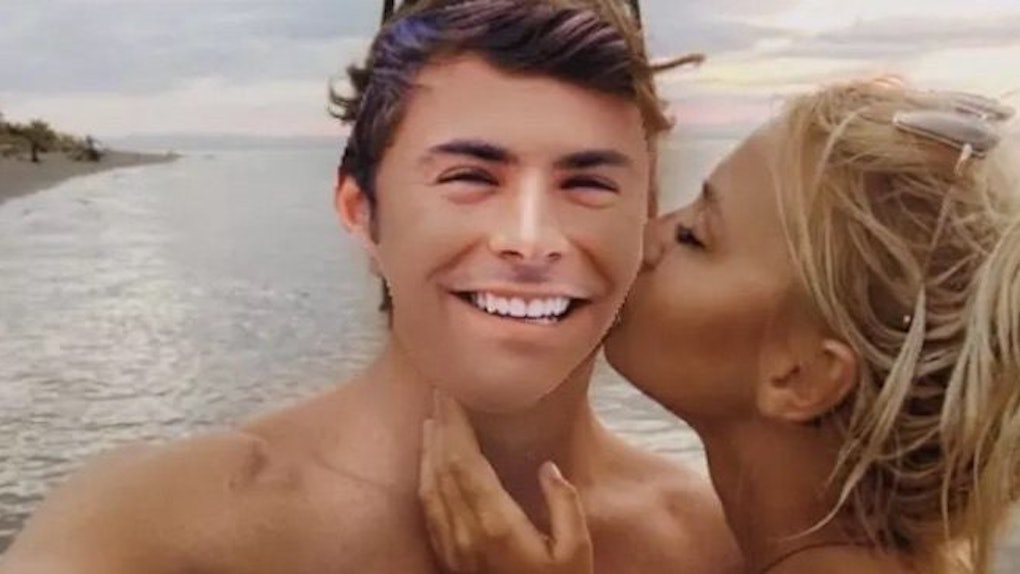 Teenager Photoshops Ex-BF Out Of Pics With Zac Efron's Face

Breakups aren't easy, especially when your ex is in every single photo you've taken throughout the duration of your relationship.

Of course, you can toss the once-romantic pictures into the trash, rip them up, and hide them somewhere in the depths of your bedroom closet... or, you can photoshop them.

In fact, that's exactly what 19-year-old Baylee Woodward did to the pictures she took with her ex-boyfriend while she was traveling abroad. The clever teen was able to successfully photoshop her boyfriend's face out of her pictures with the help of a celebrity we've all crushed on in the past: Zac Efron.

Before I get into the nitty-gritty about why Baylee replaced her ex boyfriend's face with Zac Efron's, allow me to give you some background information about their relationship.

Baylee talked to Elite Daily about their romance, and told us that she met her once-boyfriend in Newport, RI. The duo spent a majority of the year traveling together and taking incredible pictures in cool places around the world.

The adventurous teen also landed a job working on a yacht, and her boyfriend was her travel partner. However, he was also allegedly her boss on the yacht and ended up firing her "out of nowhere," Buzzfeed News reports.

We broke up because of constantly being together 24/7 with no break. It got tough and we were too stubborn to take a break that finally it got so bad we had to go our separate ways.

Quite obviously, Baylee had tons of cool pictures in destination spots around the globe that she took with her ex-boyfriend while they were traveling together.

She wanted to be able to share the pictures on social media without people thinking they were still dating, so she photoshopped Zac Efron's face into the photos.

Baylee is basically our hero.

I have to admit, her photoshopping skills are pretty damn impressive.

According to Buzzfeed News, Baylee said she isn't trying to be "petty" and knows her ex-boyfriend won't care because he "knows her."

She claimed, "It was just so I could still post cute pictures and people not think we're back together."

Baylee has shared the photoshopped pictures on her personal Facebook page in a post that says, "When all your cute travel pictures have your ex boyfriend in them so you have to improvise."

Since posting the photos on May 29, they've gone viral and already have over 5,000 shares.

You do you, Baylee. I'd choose Zac Efron to be my travel partner any day.