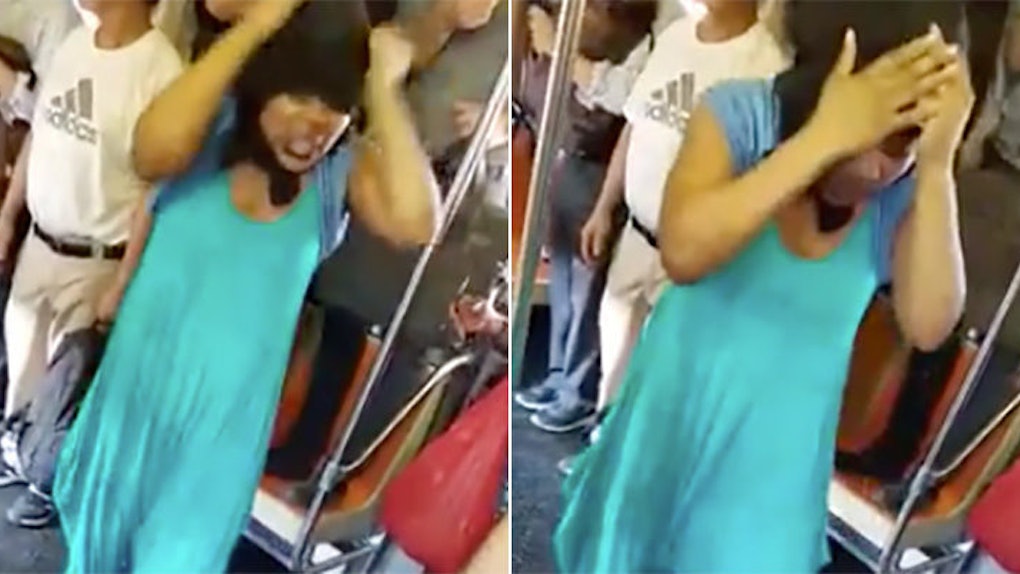 If you think you've seen the weirdest and worst of New York City subways, you might want to think again.

On Wednesday, a scene that began with a woman trying to sell crickets on a train ended with those crickets being thrown in the air and the woman urinating on herself.

It was pandemonium. It was the craziest thing I've ever seen on a train.

Another passenger, John Ray, posted a short clip of the scene. In the video, you can see the seller going hysterical.

In an effort to explain the story behind the video, Ray posted a caption that read in part,

My train ride home. On the D train. Psychotic person. Some asshole pulled the emergency brake and we were stuck on the Manhattan Bridge. Good half-hour. She was apparently trying to sell crickets and somebody punched her in the face and she threw the Crickets everywhere and 100 people were trying to run.

Other passengers documented the chaos via live tweets, which reveal a little more about what happened and why it happened.

The raw details of the story, as reported by the Post, are insane.

An emergency brake was pulled, the train stopped on the Manhattan bridge, the air conditioner went off... and then came the craziest details of all.

She was banging on the doors and trying to climb out the windows. Everyone had crickets on their arms. My girlfriend was crying. Then some men were trying to hold her down and she started trying to throw up on them.

So, next time you're on an inexplicably delayed train (you know it's going to happen soon) just remember, at least that delay's not coming with a side of piss and crickets.