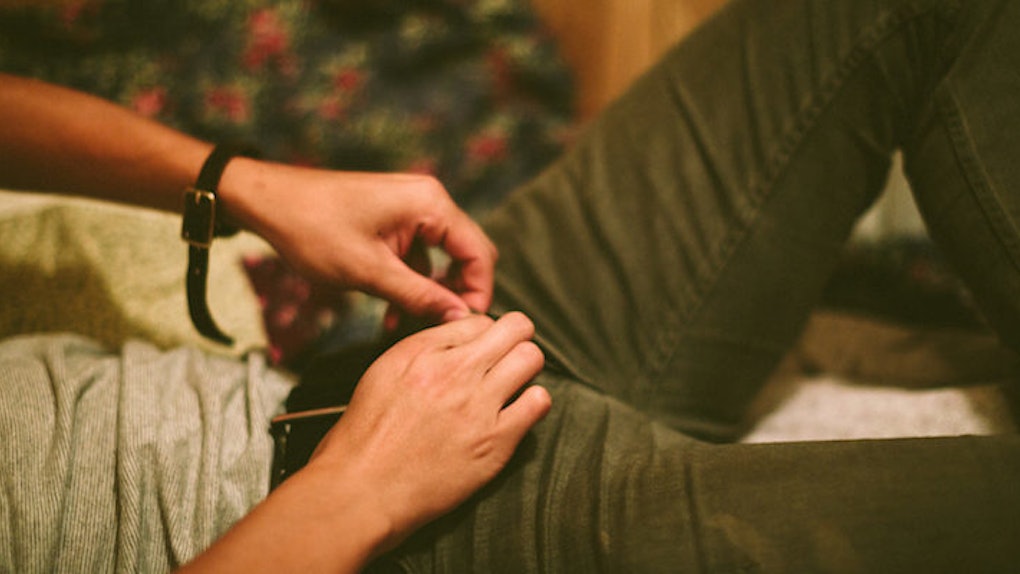 The most inspiring story to rock the Internet this week is not about a small child surviving a terminal illness or a two-legged puppy getting rigged to a tiny, two-wheel cart (though here's hoping those things happened, too), but rather it's the story of an anonymous woman getting über-pleasured by a dude with a flaccid wang.

Redditor no_boner_love shared a story on r/TwoXChromosomes of one man's limp dangle defeating the odds.

He couldn't get it up, at all, and he wasn't drunk. At first I was hesitant, but i stuck with it. It was well worth it, because despite being soft the entire time he was amazing. I have never felt so admired, sexy, or looked after. He had the biggest smile on his face the whole time like 'oh my gosh I can't believe this is happening,' while just touching me, everywhere. He made sure I enjoyed myself several times, all the while being completely un-apologetic about his floppy doodle.

Shocked by the successful sex, no_boner_love claimed she's used to guys with “power-boner[s]” but felt satisfied and empowered by this particular encounter.

I would have assumed in this situation I would have felt a mixture of self-conscious, embarrassed, and like I wasn't good enough... but because of him I wasn't. I have never felt more confident! The sheer comfort and love I felt from this man was amazing, and I wouldn't trade the experience for anything.

The pair planned another date, presumably to have full-on intercourse, boner included.

In the meantime, her new dude is not the least bit stressed about his first impression.

He has not once even brought it up as an issue, which I find super attractive for some reason. I'm sure the boner will come in time, and if not, i'm not really fazed. He rocked in bed anyway.

Let's all follow this couple's lead and choose to see a flaccid peen as an open window of creative opportunity, rather than a closed door of awkward despair.

Citations: This Woman Had the Best Sex With a Guy Who Couldn't Get It Up (Cosmopolitan)