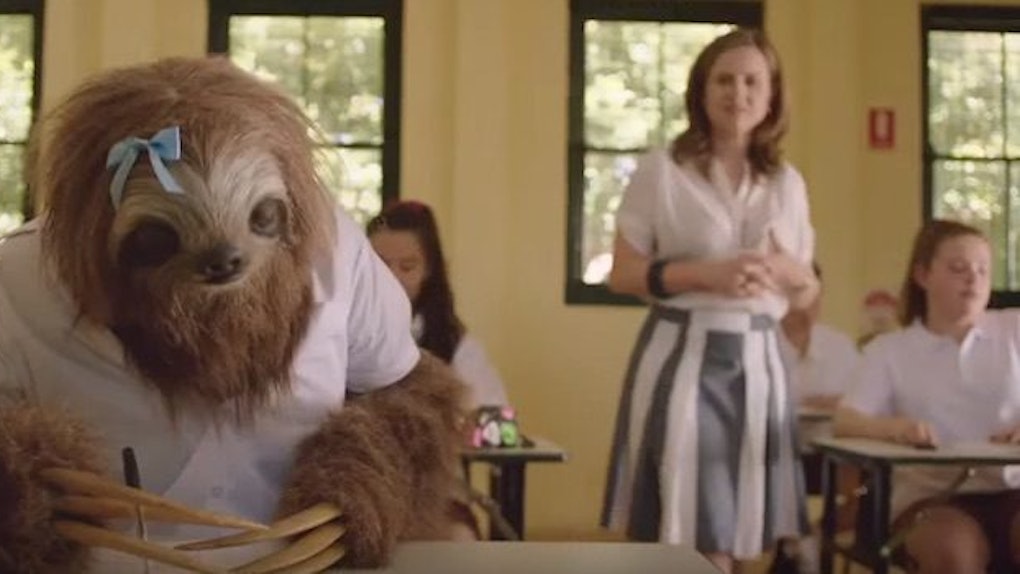 Listen up, kids! If you do weed, you will turn into a sloth. An actual sloth.

A real, live, human-sized sloth. Every. Single. Time. This is an undebatable scientific drug fact from Australia.

In order to curb teen weed use Down Undahh, an anti-pot campaign has been started in South Wales using a sloth as its mascot, to let kids know if they smoke up, they're going to become giant sloths.

The only problem is, a human-sized sloth is pretty much the funniest thing in the world to most stoners.

Since its creation, it has, ironically, united Australian stoners. A Facebook fan page for the sloth has over 9,300 followers, all trying to figure out if this is legit.

This may all be intentional, however, as a Tumblr page for the sloth, full of GIFs taken from the video campaign, does credit the New South Wales Department of Premier and Cabinet.

The page also links out to “Your Room,” an alcohol and drug information website.

Whether this was the point or not, the campaign has been fairly successful, as people are definitely talking about #StonerSloth.

And, now, we patiently wait for the "Ecstasy Cheetah" anti-drug mascot to become a thing.