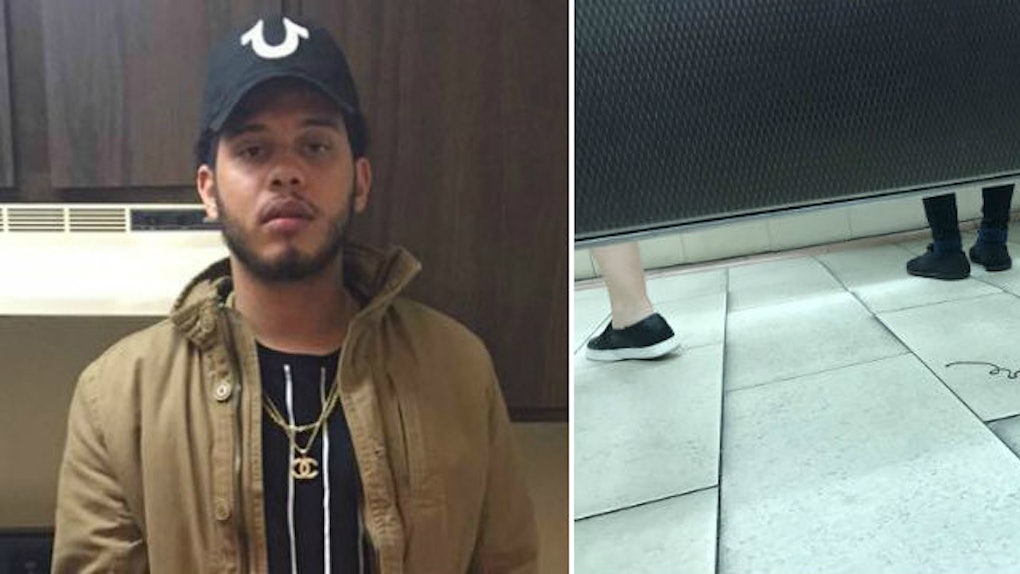 Stoned Guy Tells Story Of Being Stuck In A Women's Restroom

Honestly, this story is as suspenseful as the movie "Panic Room."

Devon Brownlow was admittedly stoned when he went to a local San Antonio Walmart, which I get. That's one way to make Walmart bearable.

However, the 21-year-old made one tragic mistake: he stumbled into the women's room.

When Devon heard a woman's voice, he made the terrible realization he was deep into, uh, enemy territory. And, you know, he was also high as balls, which means one thing:

Ten minutes passed. There was a knock on the door, which he didn't answer.

With a constant stream of women coming in and out, which he monitored by checking out their footwear, Devon had no opening to make his "Great Escape"-like getaway.

Of course, Devon took a picture from inside the stall and then immediately became nervous the women in the restroom were thinking he was taking pictures of them.

Can you see the headlines? "The Great Bathroom Snapper Of 2017 Strikes Again!"

When talking with BuzzFeed, Devon made it clear he did not want to be thought a creeper,

I got scared because I was thinking someone was going to call security saying a guy was in the women's restroom taking pics or something.

If Devon wanted to remain under the radar, his phone was sure to give him away. His tweet was going viral and his phone was exploding with notifications.

Twitter tried to give Devon some helpful suggestions as to how to get out of there ASAP.

Someone pointed out the possible pirate that was in the bathroom with him.

And then there's this fallen weave. GONE, BUT NOT FORGOTTEN.

Not only that, but his friends were trying to FaceTime him while he was trapped in the stall.

Another 15 minutes went by. While some on Twitter wondered if he ever escaped or just remained in his bathroom of a cell for all eternity, I'm happy to tell you Devon managed the courage to make a run for it.

Apparently, there was one woman in the bathroom at the time and "without making eye contact," he made a beeline for the door.

Citations: This Man's Journey Of Trying To Leave A Women's Bathroom While High Is Riveting, TBQH (BuzzFeed)