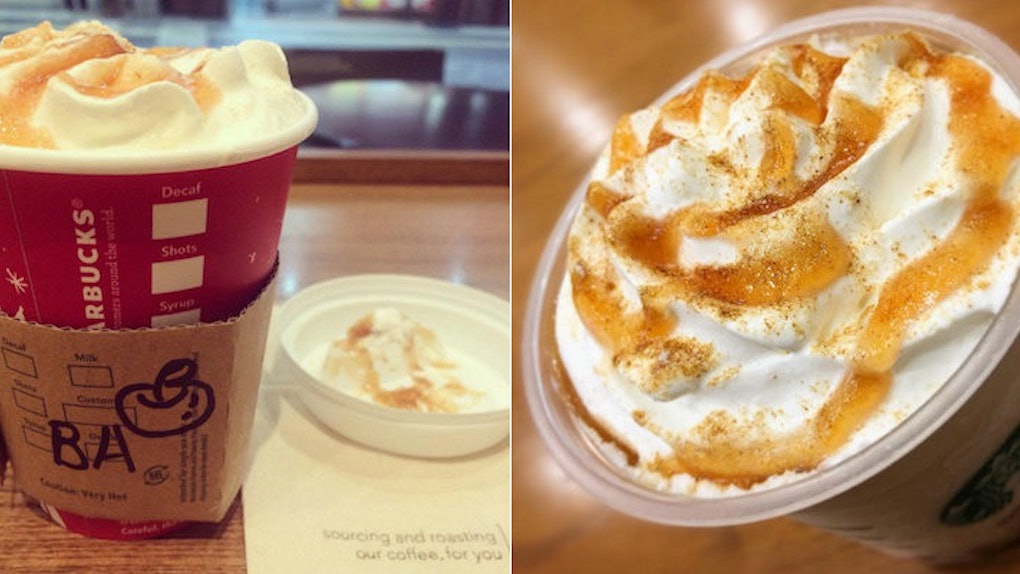 Call me "basic," but Starbucks has a soft spot in my heart.

Every year, they seem to set the bar higher and higher in the world of festive latte flavors, and their new release is something out of your grandmother's kitchen on Christmas morning.

Think about that toasty, gooey apple pie she's set on the oven to cool, and then imagine it steaming in your Starbucks cup -- because that's what's about to happen.

Brace yourselves for the Baked Apple Latte, my friends.

The new flavor was released by Starbucks in Japan on Thursday, Mashable reports. We can only hope the flavor makes its way to the states before the holidays arrive.

I'm getting thirsty (and hungry) just thinking about it.

Is your mouth watering yet? Because mine definitely is.

I have to admit: Starbucks lovers in Japan are pretty damn lucky. This latte is being added to their holiday collection, which already includes flavors like the Pecan Nut Latte and the Gingerbread Latte.

Christmas is allegedly becoming a big tradition in Japan, so it's no surprise the Starbucks holiday drinks are becoming a huge hit.

We're definitely jealous of the new flavor. Send us some, will you?!

To make us even more envious, it's been reported "Starbucks Evenings" have started in Tokyo, which allow guests to indulge in alcoholic Frappuccinos.

Pretty cool, right? I'd definitely have a holiday gathering over an alcoholic Starbucks bev.

Hopefully, the Baked Apple Latte will make its way over to the US soon. I can't wait to start my day with a warm apple pie drink at hand.

Grandma would be proud.