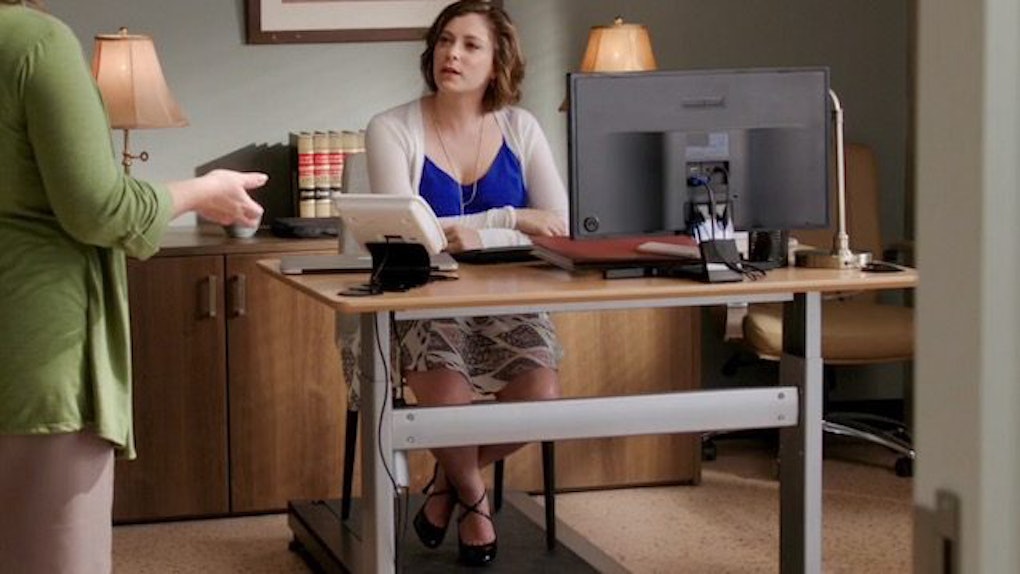 How To Use Standing Desks To Be The Most Healthy

When standing desks came out, every health nut in the office had to get one.

After research discovered that sitting for extended periods of time shortened your life span, standing desks were the answer.

A past study done by Texas A&M School of Public Health proved that stand-capable workstations (ones that you can raise or lower the desk to stand or sit as you wish throughout the day) boost the productivity of office workers, boost students' cognitive functioning and even improve BMI.

A problem people are facing with the standing optional desks, however, is that when you're working on something, your mind is most likely not on how long you've been sitting or standing.

I personally know some people in my office who have great intentions, but they hardly ever use their standing desks.

There are also those who are very adamant about using their standing desks and could be on their feet for too long. (Yeah, standing for too long also isn't good for you.)

In an attempt to solve these issues, Mark Benden, PhD, CPE, associate professor at the Texas A&M School of Public Health, created a computer prompt to remind people to stand or sit throughout the day.

I'd say it's similar to a Reminders alarm on your iPhone.

We are testing to see if we can break up those long periods of sedentary time during the day. We think technology might be good at encouraging behavior we want.

For the ongoing study, software has been connected to the desks of roughly 1,000 people in three different offices throughout Australia.

Benden and another graduate student Parag Sharma are noting the workers' behavior and their reactions to the prompts.

They wanted to make it as easy as possible for the participants to switch positions at their desks, so with the click of a mouse, the worker can either raise or lower the desk.

They are currently still monitoring the workers and making note of how long they're at their desks, where their eyes rest on the screen, the number of words they type per minute, their amount of mouse clicks, etc.

By the end of the study, they will have about 100 metrics to analyze for each person. (I wonder if they also take note on how many times they visit Facebook.)

Many people believe technology is deteriorating our health by keeping us indoors.

But with this new invention, it could help balance out our sedentary lifestyles and actually get us off our booties to burn more calories!

With this advancement, you may also be wondering, "Should technology be able to monitor my every move?"

Well, millions of people already use Fitbit and various health-tracking apps, so why not use something similar for our computers at the office?

Almost everyone can say they've been sucked into an online wormhole. What seems like 10 minutes can end up being 10 hours, but with this reminder, it will be easier to break that habit.

Technology may have given us bad habits, but now its helping us drop them.