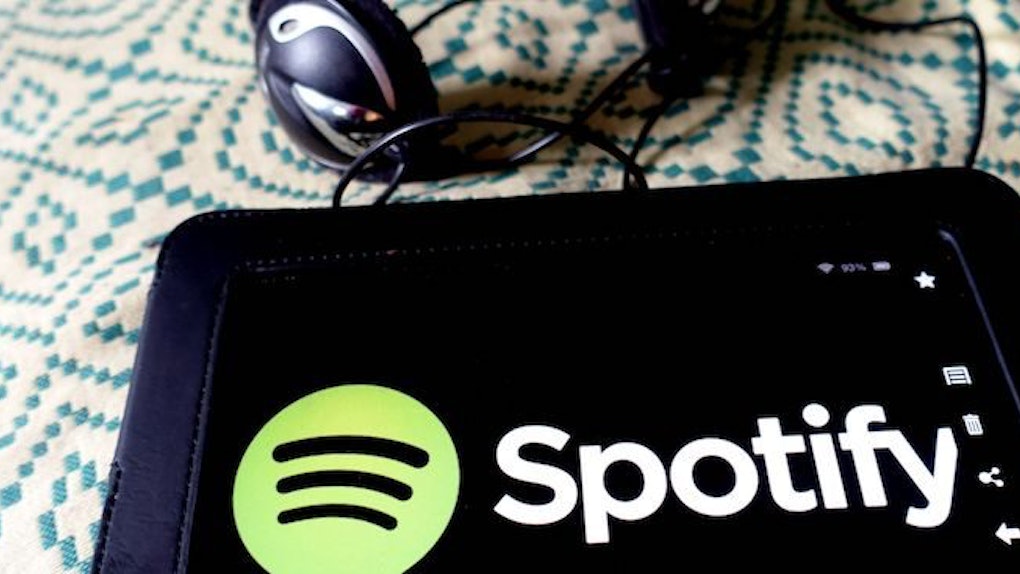 Get your N*SYNC posters out and cue up TRL, because Spotify has a nostalgic new Time Capsule playlist, and it's pretty much the best. The music streaming service launched the new playlist option on Thursday, and oh man, it's making me feel like I'm 12 years old again. In a good way, though, without the terrible skin and awkward interactions with the opposite sex.

The streaming service announced the new personalized playlist on Sept. 28, and a look at the page in Spotify's web browser service describes it in a nutshell:

We made you a personalized playlist with songs to take you back in time to your teenage years. Bring on the memories with 2 hours of iconic throwback tracks — all picked just for you.

The Time Capsule playlist uses your music taste and your streaming habits now to put together a personalized playlist of music that it thinks you listened to then, in your teens and early 20s. The playlist gathers 30 nostalgic songs from the period of your life when you're most likely to be listening to embarrassing stuff to create a weirdly disconcerting blast from the past. It's the latest version of the “Daily Mix” personalized playlists that are based on your streaming habits, per TechCrunch, and listen, I don't know about you, but mine is. Spot. On.

If you think about it, considering the fact that your teens and early 20s are the most embarrassing time of most people's lives it's kind of surprising that Time Capsule is so popular. Who really wants to be reminded of how much screamo they listened to in middle school?

Of course, there's the extra awkwardness factor of if you, say, still listen to these songs on a regular basis.

So, full confession, the most recently played playlist on my Spotify is 90s Smash Hits. I'm literally not even embarrassed about my terrible taste from my earlier years, because I've already been reveling in it for years come at me. So I like to pretend I'm Oops!... I Did It Again-era Britney Spears when I'm mopping my apartment, whatever.

Thankfully, I'm not alone. Apparently there's plenty of other Spotify users out there who are having the same realization that they should maybe listen to something new once in awhile.

But where is it and who gets it?

You can find the playlist by going to “Genres & Moods” and then to “Decades,” and then there it is, ready to remind you just how bad your taste was in ninth grade. You can also go right to the Time Capsule playlist by typing the URL timecapsule.spotify.com into your web browser.

There's a catch, though. The generated playlist is only available to Spotify users who are 16 years old and older, basically because you have to have something to be nostalgic about.

It's also only available in 60 out of Spotify's 61 markets, per Spotify's press release, though the company didn't specify which unfortunate country is just going to have to build their own nostalgia playlist by hand.

As awesome as Time Capsule is, now I want more.

In an ideal world, Spotify would offer, I dunno, Time Capsule Phase playlists? I have every faith in Spotify's algorithm to create a generated playlist for my eighth grade Best of Warped Tour phase, or my senior year of high school Intellectual Feminist With A Piano phase. Although now I think of it, Tori Amos and the Dropkick Murphys don't go too badly together on a playlist.

Anyway, I'm not looking a nostalgic gift My Little Pony in the mouth. If anyone needs me, just follow the sounds of "Semi-Charmed Kind Of Life." That's where I'll be. Check out the entire Gen Why series and other videos on Facebook and the Bustle app across Apple TV, Roku, and Amazon Fire TV.