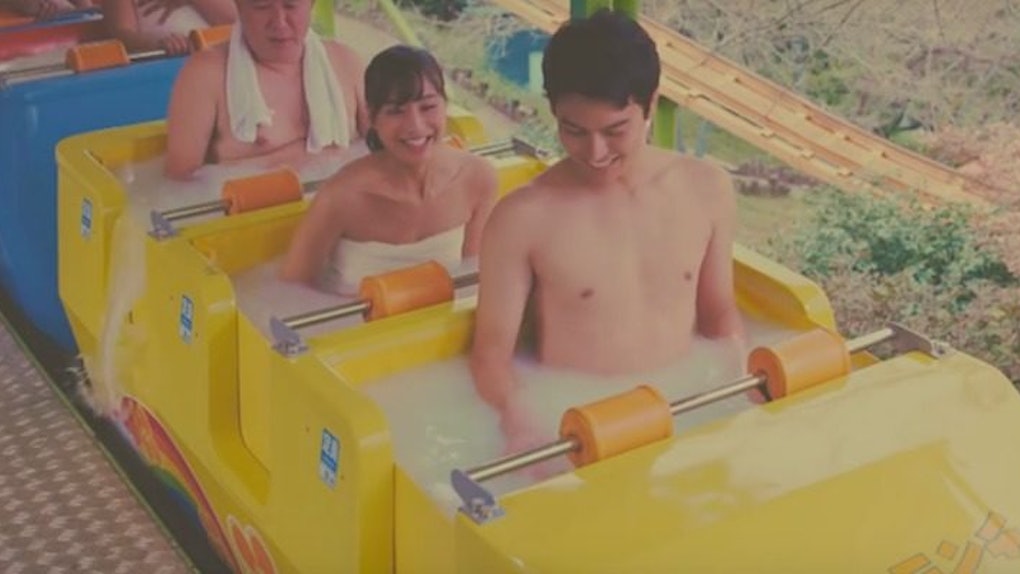 Ever since the brutally cold weather has set in on the East Coast (literally only three days ago, but I digress), I have been wanting to peace out of this windy city and head to a luxurious spa to relax, destress and rejuvenate.

We can all dream, right?

A weekend getaway to a lavish hot spring resort surrounded by the Rockies in Colorado? Or how about retreating to a mud spa in Palm Springs, California?

Real talk, though, how awesome does this resort and spa in Pagosa Springs, Colorado, look and sound right about now? This gorgeous place seems like it's serene AF, and I really want to insert myself into this picture.

It's clear I have a one-track mind rn, so sign me the heck UP!

This afternoon I heard about something that pretty much takes a spa enthusiast's dreams to an entire new level.

There's a "spamusement" park that's set to be built in Beppu, Japan, and it looks seriously so wild.

According to Mashable, Mayor Yasuhiro Nagano of the Japanese city agreed to make this "spamusement" plan a reality in his city if the YouTube video racked up a million views.

Grab your towels, peeps, because the video, which features a hot spring roller coaster, gained over 1.8 million views since last week.

People are casually walking through the spa park and going on all the rides wearing only spa towels.

Seems a tad cheeky to me, but you wouldn't have to ask this chick over here twice to hit this epic place up.

The mayor posted an announcement on Facebook in honor of the "spamusement" project's kickoff.

This spa-amusement park hybrid idea is most certainly one of a kind.