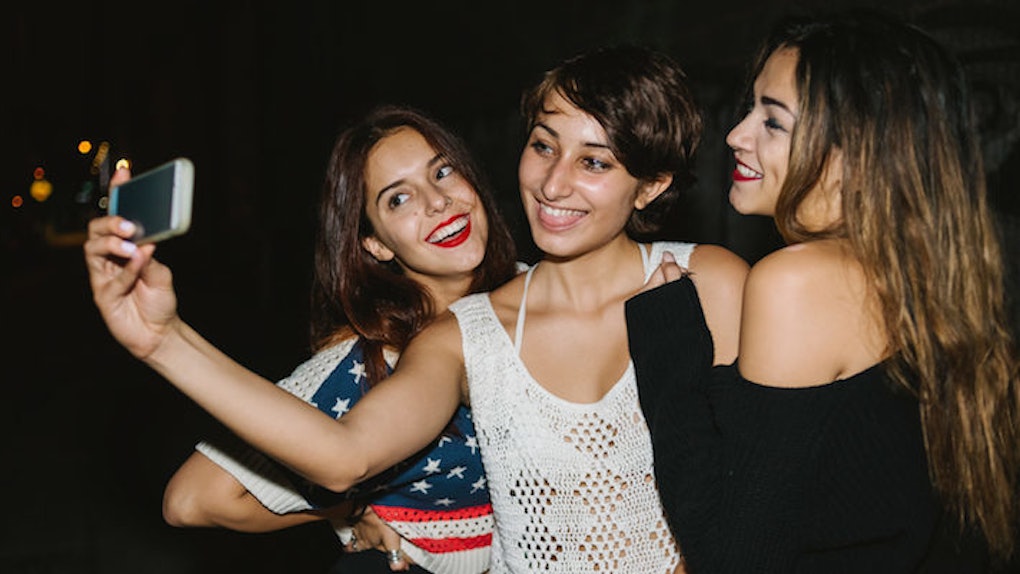 Why be miserable on Facebook when you can be super happy on Snapchat?

A study done at the University of Michigan on 154 college students found the picture and story-sharing app led to more social enjoyment than other social networking sites and would often put users in more positive moods.

According to a university press release, the secret to this phenomenon may lie in the concept of Snapchat being "self-presentational."

Users upload their own pictures and then don't need to worry about bad ones hanging around for more than a few seconds.

There may be another reason Snaphat promotes a more positive user experience. The study's lead author, Joseph Bayer, explained,

Don't get too hung up on Snapchat though; there is still a better social networking tool out there, and it's the greatest social network of them all: human contact.

The study found students valued face-to-face time more than any other form of communication, just like your grandparents constantly brag about.

So, you may want to consider ditching the phone altogether and just going IRL... Wait, were you reading this from your phone this entire time?!