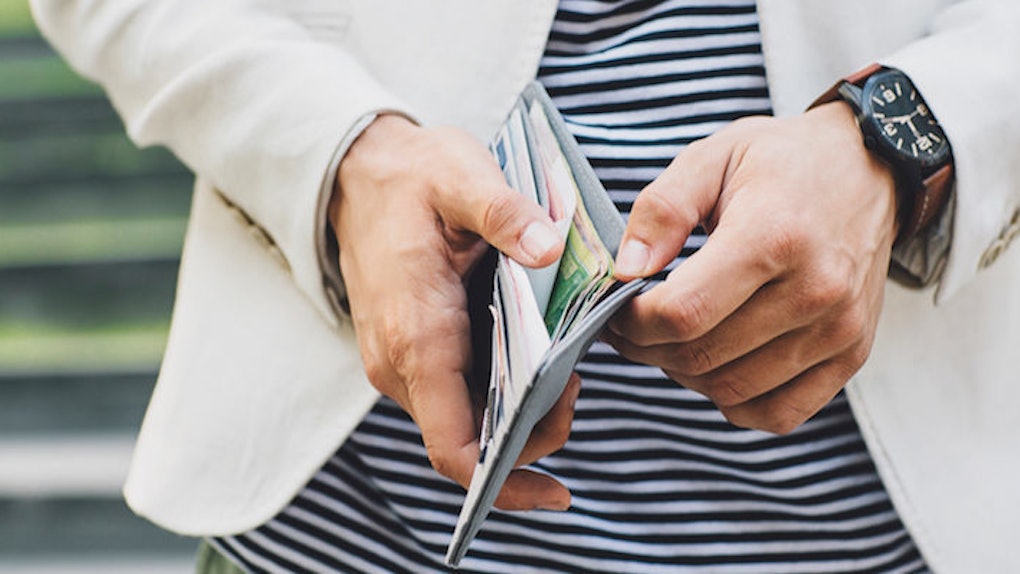 Site Shows Exactly How Much Less Women Make Than Men

When it comes to making strides in the workforce, women have come a long way.

However, the gender pay gap is still a very real thing that affects women all over the world.

In 2015, the Institute For Women's Policy Research reported that women with full-time jobs only made 80 cents for every dollar earned by men.

If you thought the lady bosses working in notoriously male-dominated professions like finance and law were the only ones getting screwed by the wage gap, you're in for a surprise.

It turns out most hardworking women are being affected by this discriminatory practice, regardless of the profession.

If you're curious to see how much less you're making than your male co-workers as a result of the wage gap, we just came across a website that reveals the average salary differences between men and women.

That's right. The Office of National Statistics (ONS) just created a site that lets you check the gender pay gap in a variety of industries based on the 2016 UK Annual Survey of Hours and Earnings, Metro reports.

The ONS website lists the gender pay gaps for more than 100 different occupations, and even allows you to view the differences between full-time and part-time positions.

As of right now, the website reports that there is an 18.1 percent gap in the average pay between men and women, which grows larger as your progress toward higher-level positions.

The ONS claims there are a variety of complicated factors that play into this significant pay gap, such as the fact that more women work in lower-paying industries and women tend to work part-time more often than men.

According to the ONS,

Women are under-represented in seniors roles. This may be due to stereotypical attitudes about gender roles, lack of flexible working or women taking time to look at their family.

Now for the question you're probably wondering: Which jobs are hit the hardest by the gender pay gap?

Well, it appears that construction and building trades supervisory roles have the greatest gap, with women making a whopping 45 percent less than their male counterparts.

Lady bosses are also getting screwed over in the banking industry, where it is reported that female female financial directors are paid an average of 36.5 percent less than men.

Even women who dedicate their lives to saving others are affected by this absurd practice, since the website shows that a 30 percent pay gap exists between male and female medical practitioners.

Now before you lose all faith in humanity, there are a few professions in which women come out on top.

On the flip side of the spectrum, the ONS reports a negative pay gap exists for women working as midwives and probation officers.

Plus, ladies working as fitness instructors, meter maids, nannies and personal assistants also seem to be making more than men.

If you ask me, we've should all just do away with the damn pay gap and pay employees based on their talents, not their gender.

But in the mean time, you can check out the gap for your own job and then spend the rest of eternity hating all of the dudes in your office.

Citations: This website will tell you if you're being paid less than your male co-workers Read more: http://metro.co.uk/2016/12/13/this-website-will-tell-you-if-youre-being-paid-less-than-your-male-co-workers-6317479/#ixzz4SkKM7r9a (Metro), Office For National Statistics, Institution For Women's Policy Research