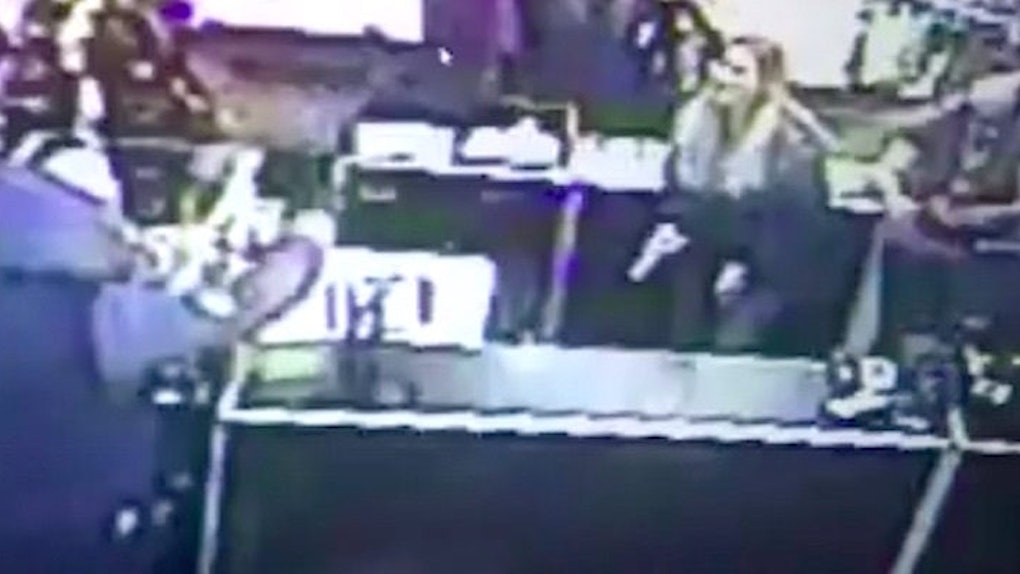 There's all types of thieves out there in the world.

We often hear about big time robbers who target banks, sneaky cat burglars who ransack jewelry stores in the middle of the night and hoodlums who hold up gas stations.

But did you know there's also some kinky criminals out there too?

On Wednesday night around 9:45 pm, a man barged into Lotions & Lace, a sex shop in San Bernardino, California, right as the store was getting ready to close.

The women working behind the counter quickly noticed this man had a bulge in his pocket, but it wasn't because he was happy to see them.

Instead, it was a gun which he whipped out and pointed at the two workers.

While having a gun pointed directly in your face would scare the pants off most people, these ladies clearly weren't having it with this sex shop robber.

As one of the workers, a woman named Amy, yelled at the robber to leave the store, he reached over the counter and grabbed her.

That's when all hell broke lose.

As the woman stared down the barrel of the robber's gun, she reached for her own secret weapon.

The dildo-wielding woman smacked her sex toy on the counter to show the robber she wasn't effing around, and then the two woman started screaming and throwing sex toys at the gunman.

Apparently, these feisty ladies were pretty damn intimidating because after a few moments, the robber backed away from the counter and fled from the store like a bat out of hell.

Surveillance footage released by the San Bernardino Police Department shows the whole bizarre attempted burglary that occurred inside of the store.

It turns out Amy initially thought the whole robbery was some sort of practical joke and told KABC,

I just thought he was trying to be funny, to scare us. But then I saw the gun and I was like, really? I don't have time for this.

I think he was a coward. Coming in and trying to get over on two females and not realizing that we're pretty feisty.

Police are still trying to track down the suspect.

I guess you can say this robber didn't get the happy ending he was expecting from this steamy hold-up.