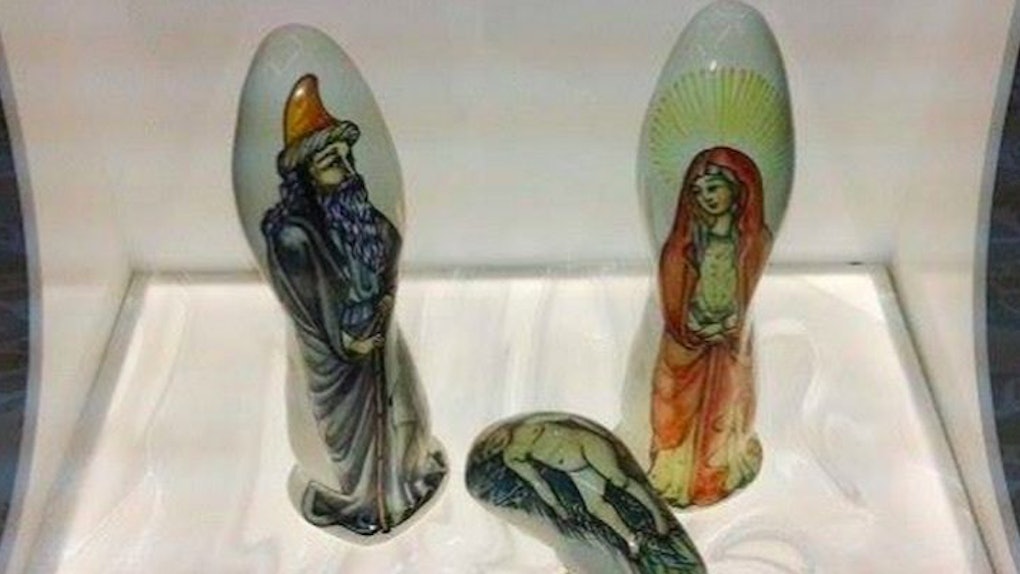 Around the holidays, it's common to come across the nativity scene more times than usual.

Is that Baby Jesus painted onto a ceramic penis lying in his cradle above a fake ballsack?

Yes... yes it is. Merry Christmas, freaky ones.

In a Facebook post, the store's owner, Héctor Valdivielso, allegedly stated the shop hired an artist to paint the scene of Bethlehem onto the spiritual sex toys before putting them in their window.

However, he was soon threatened to take them the ceramic sex toys off display.

A man with his wife ordered me to remove the offending scene and said that if I didn't he would remove it himself.

It's been reported that even more angry citizens went as far as protesting outside the store and vandalizing the property by writing "sinners" outside.

This year, the pieces have returned to be placed in the window, but the response has been quite different, in getting the store multitude of complaints, verbal, painted on the labels and even an attempted assault in which had to intervene the police National.