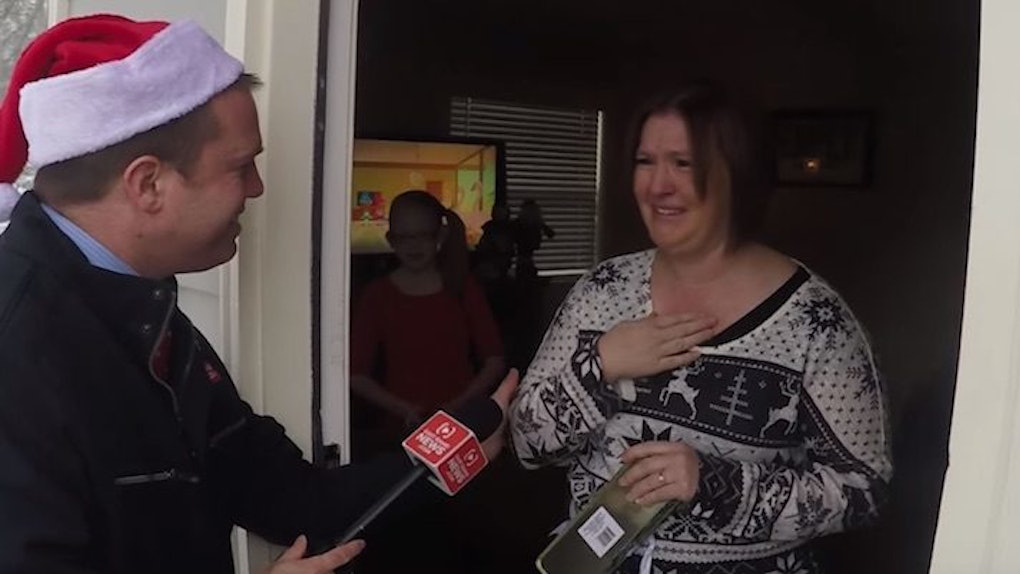 A few elves teamed up with the mysterious Secret Santa to give back to the selfless woman after years of her caring for students, friends, family and even strangers.

In the video above, Stephanie's coworker and friend told East Idaho News,

She takes in everyone. She gives them a place when they've been without, [if] they're going to be evicted or homeless, and she's been doing this for years.

The friend also mentioned Stephanie has had diabetes since she was a child, but said,

The friend told the reporter,

She's so kindhearted and has such a kind voice... always looking out for a way to go the extra mile.

To go the extra mile for Stephanie, an anonymous couple decided to give the woman $10,000 for Christmas, a purely altruistic act to mirror Stephanie's own acts.

Watch the video above as an unsuspecting Stephanie Empey burst into tears upon receiving the Secret Santa gift of a lifetime.