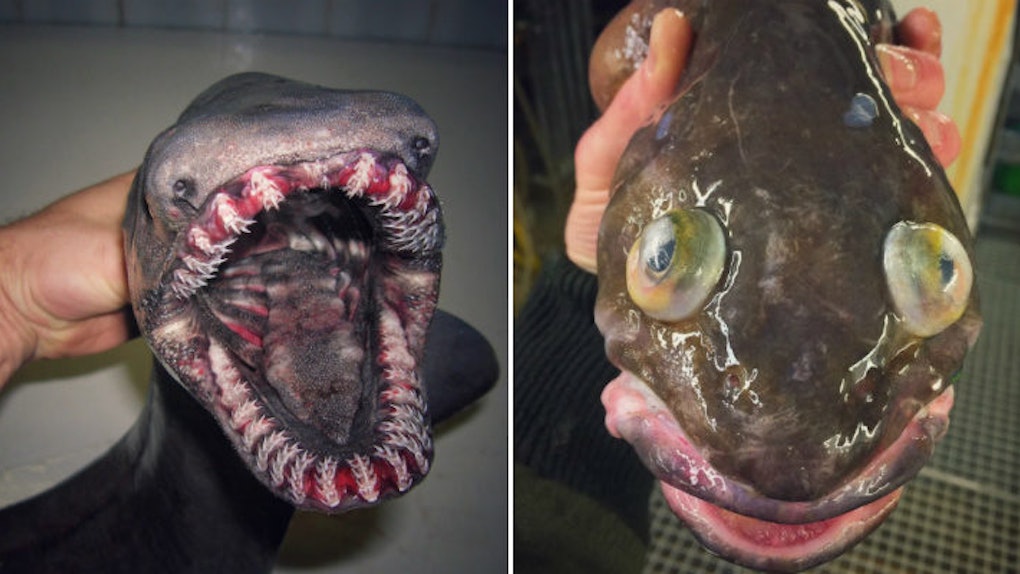 Every time I go to the ocean I feel recharged.

If I was a person who believed in horoscopes, I would say it's because I'm a water sign. I find my strength there.

Then a piece of seaweed touches my foot, I break down crying and avoid the water for three months until I forget the incident and try again.

But maybe I will stay the FUCK away from the ocean after seeing what Roman Fedortsov, a deep sea fisherman in Russia, has been posting on Twitter.

Is Ursula missing a lackey? I think Roman has found it...

Poor, unfortunate souls who continue to read this...

Ya'll ever wonder what it would be like if your gallbladder escaped into the sea from whence it came, but then also evolved a weird unicorn horn?

That face when you winged the exam because you didn't study and your teacher tells you to pass it back for peer-grading:

Now, everyone knows you're an idiot.

You can't even escape spiders in the ocean's depth.

They are always here for you, friend.

MFW you tell me something I already found out by Instagram-stalking you, but I have to look surprised...

Hell is not other people; Hell is the ocean floor.

Yo, you ever wonder what shrimp think the Grim Reaper looks like?

Rodney Dangerfield was reincarnated as a terrifying sea monster.

As if penises needed to look any scarier.

OK, hear me out. This dude looks scary like this...

But when you look at him like this, he's kind of cute, right?

Anyway, these things live on the same planet as you do.

Citations: This Deep Sea Fisherman Posts His Discoveries on Twitter and OH MY GOD KILL IT WITH FIRE (Gizmodo)