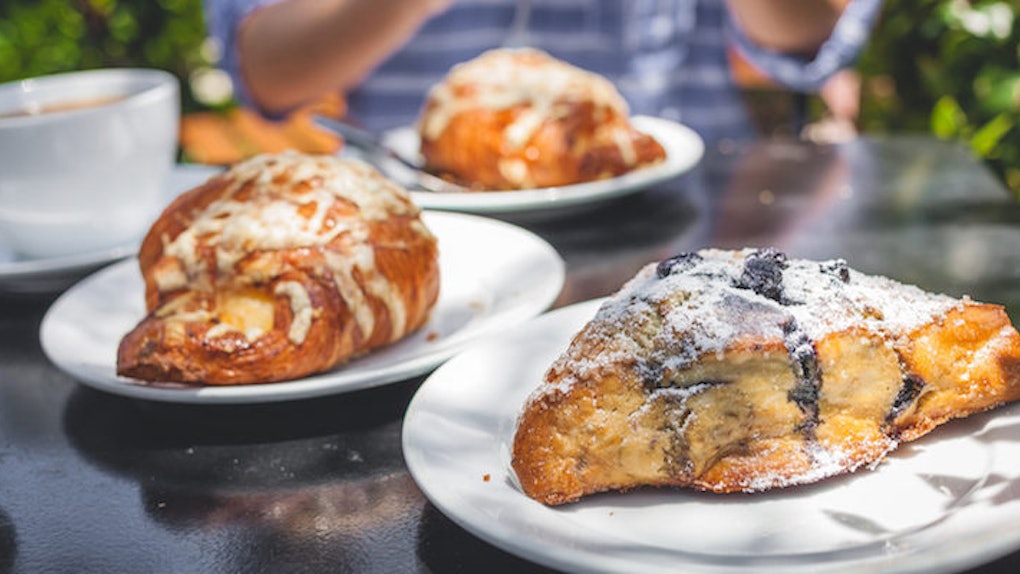 That word is scone. It's not something obscure like thistle, or onomatopoeia. It's just the word scone.

Scone, like that thing people on the Titanic ate.

Scone, like the thing you assume Queen Elizabeth uses as a pillow (her blanket is a royal blue Snuggie signed by Bono).

I wrote the word scone five times (six, including that last time), and there is a good chance you pronounced it every time in your head like the word "bone," but with a "sc" instead of a "b."

That's wrong. According to YouGov, who apparently makes rules nobody asked them to be make, the actual pronunciation of the word scone rhymes with the word "gone."

Now say it with me: Scone.

Well, too bad. We're living in a post-scone world now.

Time to say the word scone like scone and not like scone, or ship off to some other planet (I realize now that the sentence doesn't hold the same weight if I'm not yelling it out loud).

The decision was made by YouGov based on how the world pronounces it outside of America.

Supposedly, the midlands are the only place that say it like us in America say it.

How you pronounce it may actually be tied to what social class you fall into.

There is also a small chance you've even been eating scones in a weird way, according to YouGov's latest finding.

TLDR: There is a good chance you've been a complete moron when dealing with scones.

Citations: Finally its been revealed how to say scone (Metro)