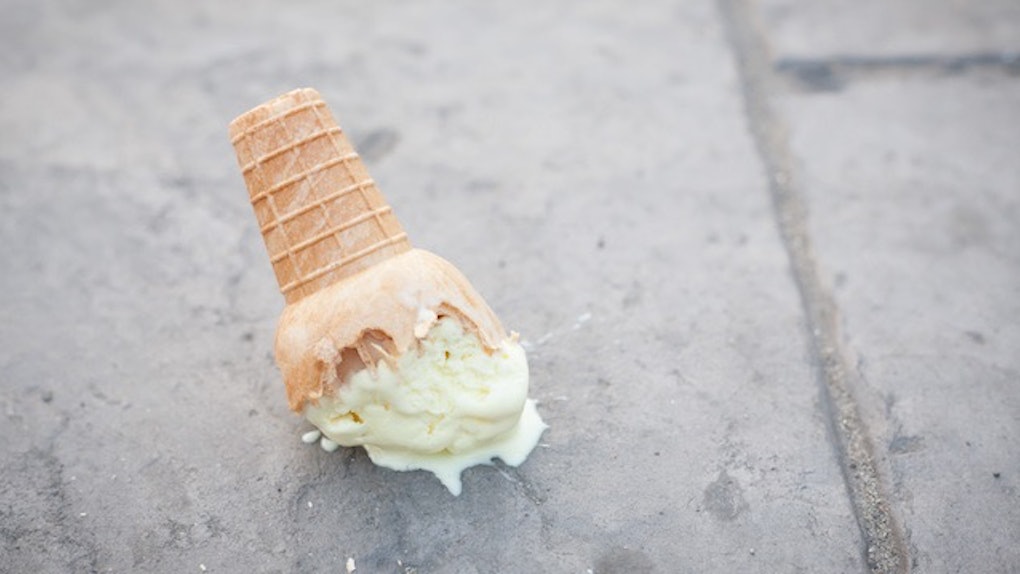 Science Says You Can Ignore 5-Second Rule For These Foods

Depending on the kind of person you are, dropping food on the ground can be NBD or a complete and utter tragedy.

To be honest, I'm a germaphobe, so dropping a snack on the floor is equivalent to the world ending (especially if it's pizza).

On the other hand, I know people who'd eat a full course meal off the tiles in their kitchen without a second thought.

Whether you're the weary fallen-snack eater or the food lover who DGAF, I'm sure you've heard of the good 'ol "five-second rule."

The legendary five-second rule states that if you pick up a piece of food that's fallen onto the ground after five seconds, you can eat it without fear of becoming sick from germs.

If you're someone who lives by this rule, I have big news for you.

The five-second rule is a lie, and you've been rushing to retrieve your fallen food for no reason.

OK, OK... it's not completely a lie, but scientists recently found out the rule doesn't apply to all foods.

Don't worry, though. They found out that certain foods can stay on the ground for 30 minutes without being contaminated by germs.

Researchers from Aston University in Birmingham did an experiment where they dropped food onto the kitchen and living room floors of 40 family and student homes containing 10 million bacteria.

They found that dry foods like toast, biscuits and cookies were at low risk of picking up bacteria, while "stickier" foods like sweets and cooked pasta should be picked up within five seconds.

After dropping the food on the floor, the scientists found that only 0.0004 percent of the bacteria attached to the snacks.

However, the bacteria grew on the "stickier" foods after being left for more than five seconds.

People may not realize that dry foods, hard foods are really quite low-risk.  Not only do they not pick up much bacteria on impact with the floor, but they do not get any additional contamination over time. It is less safe to leave damper, stickier food, which pick up more after falling and more over time, so the five-second rule probably does still apply to them.

Professor Hilton also claims the chances of becoming sick after dropping a snack on the floor are very small, so that's reassuring.

But if you're a pasta lover, try to keep the noodles on your plate because he does stress fallen pasta (and moist foods in general) have "more contact points for bacteria to attach to."

Next time you're in the kitchen and drop your favorite snack on the ground, don't fret.

You're probably fine — unless you haven't cleaned your floor in a few months. In which case, I'd get a new snack.