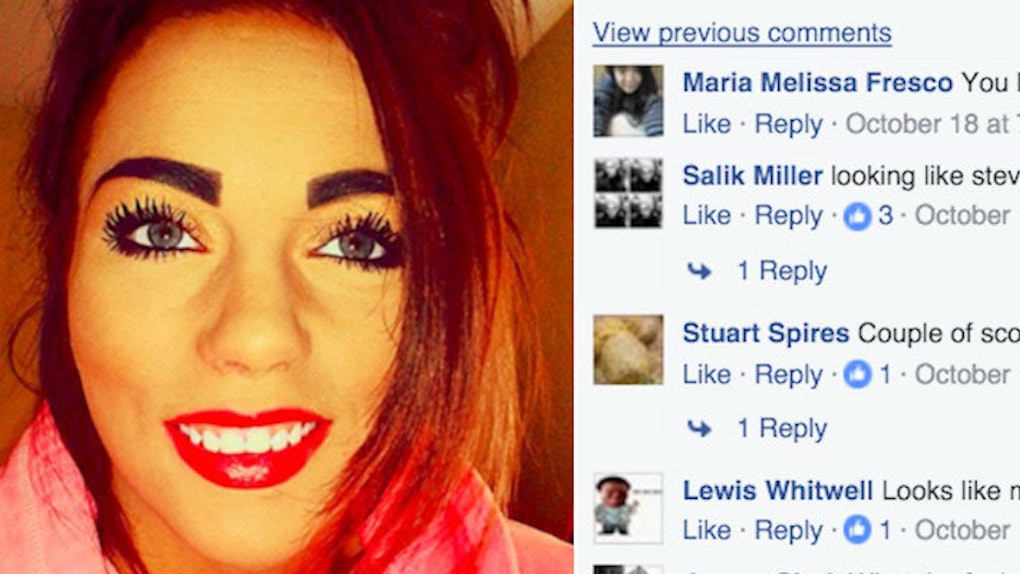 It looks like internet trolls have a new breeding ground, and it's in a Facebook group called Roast My Selfie.

The group — which is super fucked up, if you ask me — lets members post pictures of themselves so they can be unapologetically roasted for their appearances.

Shockingly, the group already has over 43,000 members, according to MailOnline.

This guy's the commander-in-chief:

As desirable as this page sounds (I'm kidding), there are a few rules that members must adhere to.

If they disobey the instructions, they're kicked out by the group's administration.

The rules, which are plastered across the Facebook's banner, are as followed:

I have to admit, my skin isn't anywhere near thick enough to handle the kind of selfie-bashing that goes on here.

Seriousy, you need to have confidence of steel to handle the insults that are bound to appear in the comment section of your photos, so kudos if you try it out.

Whether these members are joking or not, I definitely wouldn't call their comments "funny."

"Do your worst, I know I'm beautiful on the inside."

I know, this is, like, really messed up. How does anyone in their right mind find this "fun?"

Marshall Cameron, an alleged administration member for Roast My Selfie (18+), reportedly talked about the members' willingness to join the Facebook group. According to MailOnline, he said,

Everyone who posts knows what they are getting into and enjoys the laugh. [...] Everyone likes it and has the option to leave otherwise. The others sometimes complain we have rules, but we don't allow people to cross the lines.

Apparently, the 18+ version of the group was created as an X-rated spinoff of the page, which has already accumulated 80,000 participants.

Again, these members are brave AF. Some of them even challenge the commenters because what they wrote wasn't offensive enough.

I don't know about you, but I'm going to stay very, very far away from this group. I'd rather not spend my night crying over what strangers on the internet have to say about my looks.