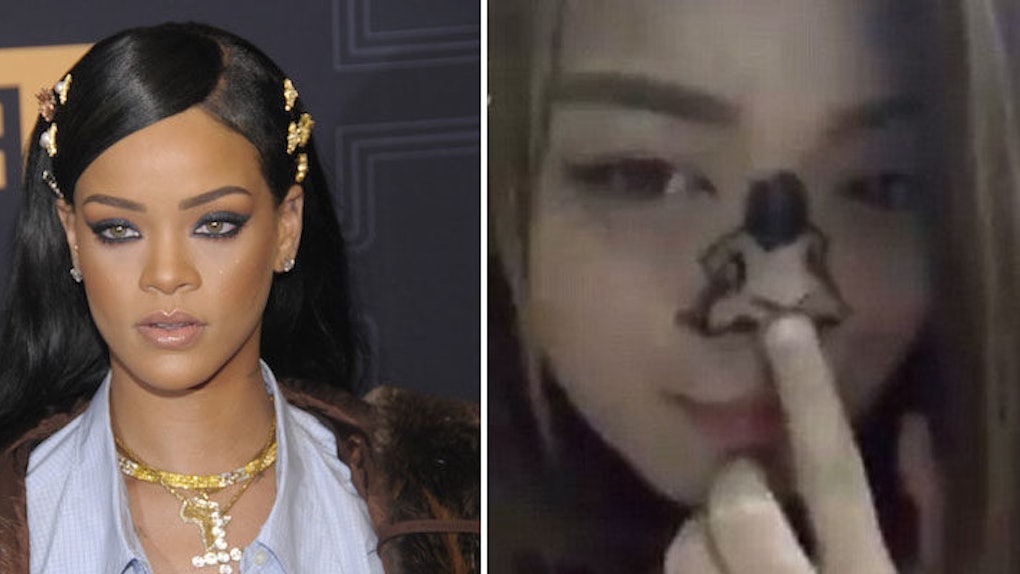 You Have To See This Rihanna Fan 'Twerking' With Her Nose

Ever been so incredibly bored with nothing at your disposal but a sharpie and your imagination? Most people doodle the afternoon (or chemistry class) away in a notebook, but this girl took the drawing to her face for a viral video you just have to see to believe.

Equal parts hilarious and mesmerizing, it obviously takes some special kind of genius to make your nose look like Rihanna twerking to the sound of "Work."

Clearly, the Internet loves it too as the video has racked up more than 30 million views on Facebook since it was posted to Rihanna's Philippines fan page just a few days ago. The wonderfully talented nose twerker has yet to be identified, but it's safe to say, the Internet loves her too.

As one commenter said,

Whoever this is. I love you. You have the best sense of humor I have seen in a long time *claps* god damnit this was the best thing I've seen all day.

Watch the video above to see for yourself, and maybe it'll inspire your nose to learn some new moves.