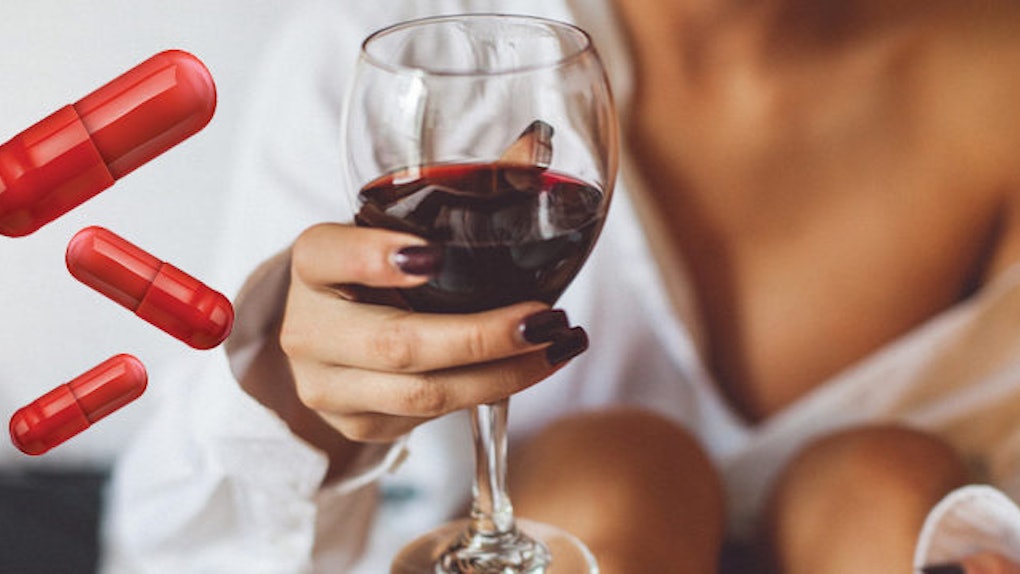 A Red Wine Pill With Health Benefits Is Being Released

OK, I'll admit it: I love red wine more than your average gal does.

Like, a lot more. In my opinion, red wine-drunk is the best kind of drunk you can be.

Don't judge me. I know you secretly agree.

Why? Because while you're indulging in a rich bottle of Merlot or Cabernet Sauvignon, your body is simultaneously thanking you for showering it with the glorious antioxidants and tannins that can help prevent heart disease.

The only disadvantage related to drinking red wine I can possibly find is the piercing hangover it causes the next day.

If you've ever fallen victim to the vicious cycle of drinking red wine for the health benefits and then suffering a pulsing headache the next day, I have good news for you.

Scientists are in the process of developing red wine pills that will give you the same health benefits of drinking red wine... without the hangover.

Yes, this means red wine will potentially be sold in pill form.

It won't get you drunk, though. (Sorry.)

According to Fitness Magazine, a miracle compound called resveratrol is being praised for its benefits that relate to heart and cognitive health. A few other upsides to resveratrol allegedly include protection against cancer and increased endurance.

So, it's basically a godsend.

Although this compound sounds like the answer to all our health problems, there's a catch: If it's purified, it's broken down too quickly by our livers. So, its benefits aren't properly executed.

This, my friends, is where the wine pill comes in.

It's been reported researchers from a biotech company in Florida called Jupiter Orphan Therapeutics are trying to combine resveratrol with the other health benefits of wine into one pill.

This process is said to prevent the compound from dissolving too quickly.

You're probably asking yourself, "Why can't I just drink a bunch of red wine like I always do, in order to reap the benefits of the almighty resveratrol?"

Well, that's because it would take you 1,000 bottles of red wine to feel the benefits confirmed by research.

If you'd rather pop a wine pill to assure you're indulging in the health benefits of red wine, I'd definitely wait until it's released.

Apparently, studies are being done on a new type of resveratrol right now. But the pill could potentially be on shelves some time this year.

Honestly, I'll probably keep drinking red wine because I like the taste of it too much. But all you health fanatics, stay tuned for the pill of the century.