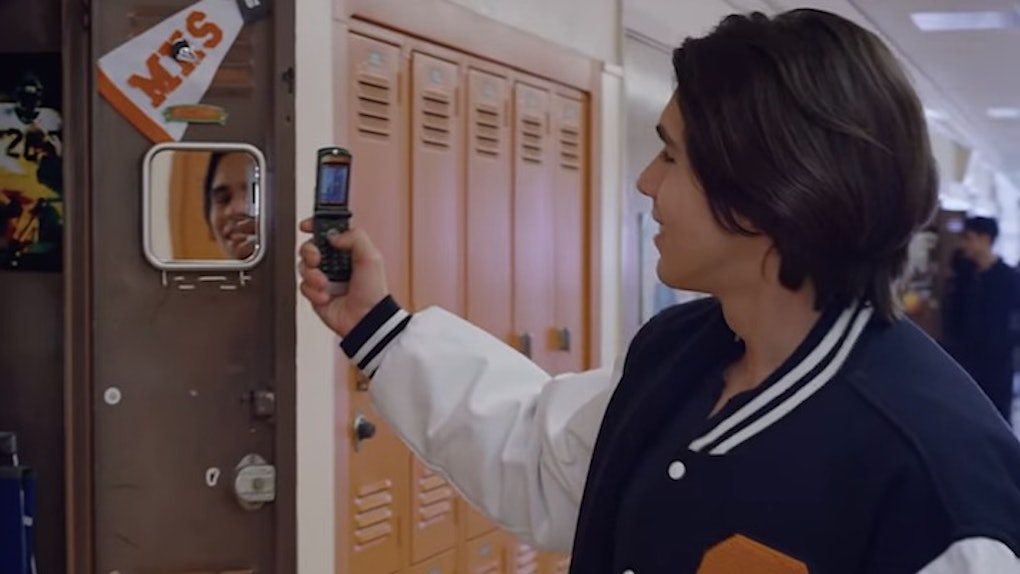 Just this weekend, I was complaining with my friends about how much we miss flip phones.

But now, in what quite possibly might be the greatest news of all time, Motorola teased a throwback-heavy, new ad.

The ad shows a typical high school hallway with all types of stereotypical characters using their phones -- except they're not using lame iPhones or whatever. They're using Razrs.

Don't tell me you don't remember the single coolest phone of our generation. That fantastic, thin flip phone was the ultimate sign of status in the mid-2000s, especially if you got it in bright pink.

In the best mid-aughts nostalgia news since "Gilmore Girls" got a Netflix revival, Motorola might just be bringing the Razr back. It's a seriously genius idea.

I got hyped as sh*t just watching this video. We see characters texting abbrevs, gossiping, taking Myspace-style selfies and bedazzling their Razrs, all with that oh-so-satisfying flip open.

Even better, Motorola used Boys Like Girls' classic song "The Great Escape," immediately launching you back to the good ol' days of Paris Hilton and Juicy Couture sweatsuits.

If this really does happen and we can get Razrs again, we can all relive our "One Tree Hill" fantasies of driving around the suburbs blasting emo pop rock and pretending to be Jenny Humphrey in our knee socks. Whatever your mid-2000s dream was, go live it.

Can we get real about something? Phones just haven't been satisfying since we lost the flip. How do high schoolers these days even text under their desks if there aren't buttons to type with?

And who doesn't miss swinging flip phones open and shut? It was the peak sign of annoyance or boredom.

Hanging up on someone by touching a screen just doesn't have the same effect.