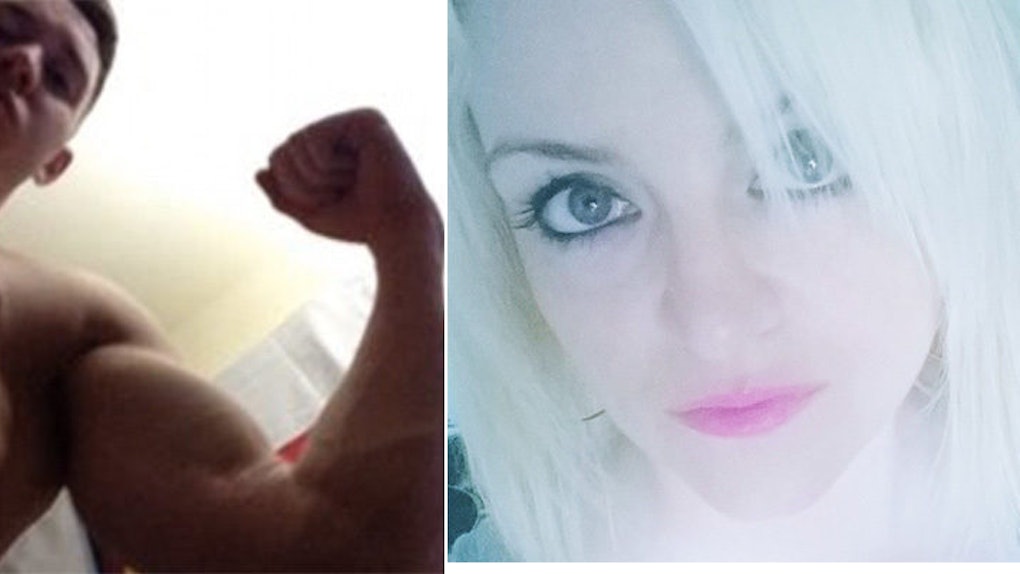 Even from behind bars, jacked prisoner Jack Cramb is still getting flirty comments on Facebook, and this one came from the prison officer's wife.

Cramb, 24, is currently serving a 16-year sentence in Scotland for killing the grandson of a famous drug dealer.

This week, a screenshot of Bryceland sketchily commenting on one of Cramb's pictures was taken by the Daily Record.

Kirsty can be seen telling Cramb, who apparently operates under the pen name "Maximus Payet,"

Ur guns are getting bigger! Well Done! #gainz.

What are you doing, miss? On the one hand, you could say it's just a few words and no big deal.

On the other hand, uh... it's a comment to a prisoner who's trying to show off and, clearly, attract comments from women.

Come on now, we know what this is: flirting.

Still, Kirsty insists it wasn't. She told the Daily Record,

I comment on hundreds of things every day. It must just be a coincidence that a picture must have popped up in my news feed. I don't comment on anyone  who is in custody or anyone to do with Jamie's work.

Anywho, the funny part in all of this is that Cramb is not even supposed to have access to Facebook.

When word spread he had been posting on Facebook, the Scottish Prison Service told Metro,

We do not permit access to the internet and therefore to social media sites. SPS cannot close social media profiles. Upon identification of a profile for a prisoner, we request removal from the site. The SPS only has the ability to request removal of Facebook accounts that are proven to be accessed while a prisoner is in our care.

Yeah, it doesn't look like Cramb has any plans of stopping anytime soon, especially when he can have a good laugh at getting a guard's wife to leave thirsty comments on his pictures.