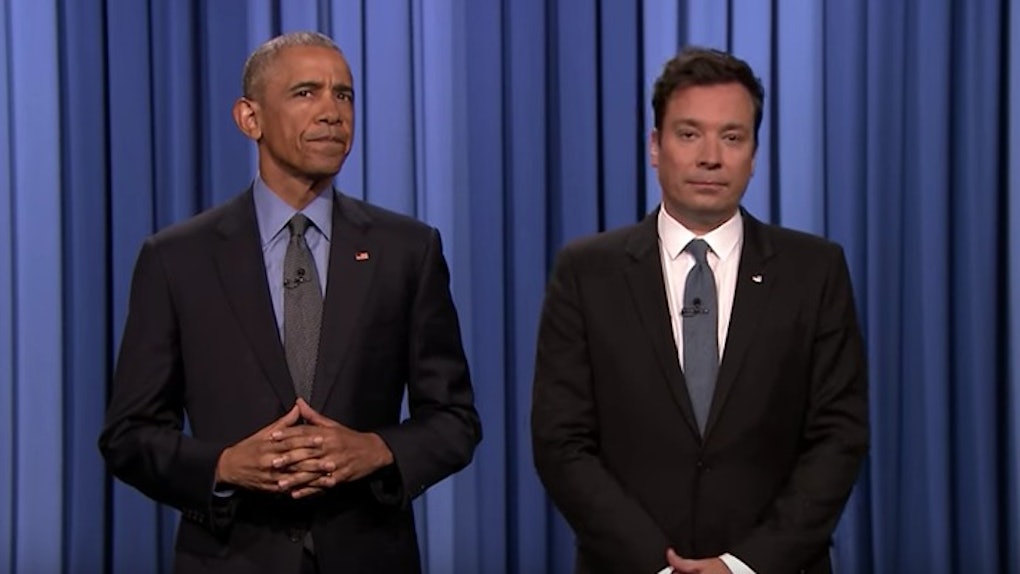 President Barack Obama, aka Commander in Chief, aka Baracky with the good hair, has been on a tear in the last year of his term.

He's ripped everyone in front of their faces at the White House Correspondents' Dinner and proceeded into a Kobe-like mic drop. He's gone around the country to give his last round of commencement speeches — the greatest of which, in this writer's unbiased opinion, was his appearance at Rutgers.

He's made a commercial with Steph Curry, shown more of his magic touch with babies and along the way, he's continued to lose more and more of his filter.

On Thursday, he continued his victory lap with an appearance on "The Tonight Show Starring Jimmy Fallon" to headline one of the show's best segments, Slow Jam the News, but a with a twist.

The "Prez dispenser," as Fallon called him, didn't really go out there to slow jam any news. Nah, forget all that. He went out there to unapologetically slow jam his own praises, which in some ways is even funnier because of the sheer shamelessness required to do it.

And if that doesn't entertain you, Jimmy's ad-lib sexual innuendos should. Check out President Obama slow jam to the news in the player above.