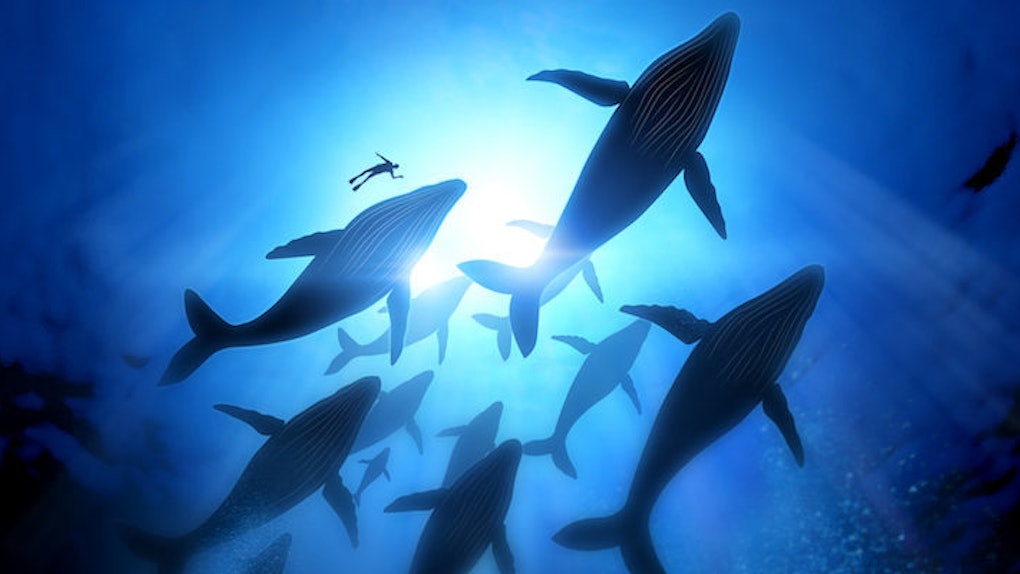 As a reminder of how small we are in the great scope of things, one video shows a pod of whales hunting a juvenile shark and dragging him down to the ocean's depths. Because NATURE.

A drone video taken by Bruno Kataoka shows with shocking clarity a pod of false killer whales chasing down what appears to be a young shark close to the coast of Cronulla, a suburb of Sydney, Australia. And because I know you were wondering, despite the similar name, false killer whales have almost nothing in common with killer whales (apart from living in the ocean).

In an interview with 7 News Sydney, Kataoka said of the rare sighting,

It was exciting, it was a really exciting moment. National Geographic guys [would be] waiting months to get such a thing, and we just happened to be there at the right moment, at the right time.

While I'm generally not thrilled by the idea of drones hovering around at all hours, tracking our every move, I'm 100 percent down to see more videos of nature in action. If technology can help reinforce awareness of our tenuous place in this evolving world, I'm all for it. Plus, sharks are f*cking awesome.

Citations: Pod of whales hunts down shark in Australian waters, because nature (Mashable)