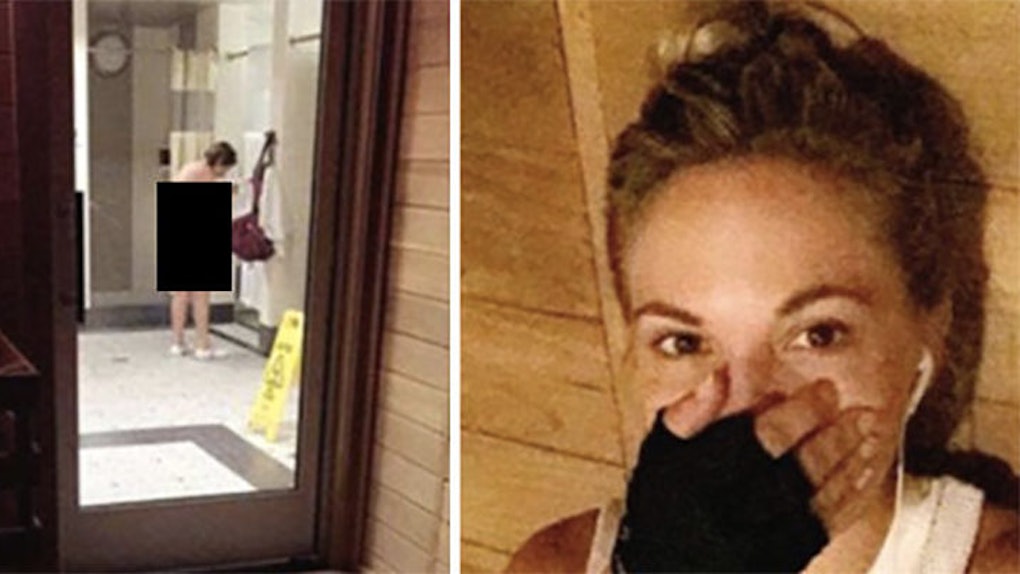 Dani Mathers' 10-second joke on Snapchat might turn into six months of jail.

Yep, it's that serious, particularly since she's been charged with invasion of privacy, according to a report by TMZ.

The charges stem from a Snapchat story Mathers posted in July from a changing area at an LA Fitness gym in Los Angeles.

The Playboy model was perceived to have been body-shaming when she posted a photo of a naked woman changing along with the caption,

If I can't unsee this then you can't either.

The story attracted a wave of negative attention, cost the model her radio job and LA Fitness even banned her from its gyms. Mathers did return to social media to apologize:

She even posted a series of videos to her Snapchat account in which she apologized after deleting the "body-shaming" photos.

I just wanted to acknowledge a photo that I accidentally posted here on Snapchat today and let you guys know that was absolutely wrong and not what I meant to do. I have chosen to do what I do for a living because I love the female body and I know that body-shaming is wrong and that's not what I'm about. That's not the type of person I am.

Still, the apology might not be enough to persuade the woman she photographed to look the other way.

According to a separate report from TMZ last month, the 70-something-year-old victim was located by police and willing to testify.

Now that charges actually do appear to have been filed, per TMZ,  Mathers and her attorney, Tom Mesereau, are on the defensive. Mesereau told TMZ,

I'm disappointed that she was charged with any type of violation. She never intentionally violated anyone's privacy and never tried to break the law at any time.

Mathers might literally have to tell that to the judge.