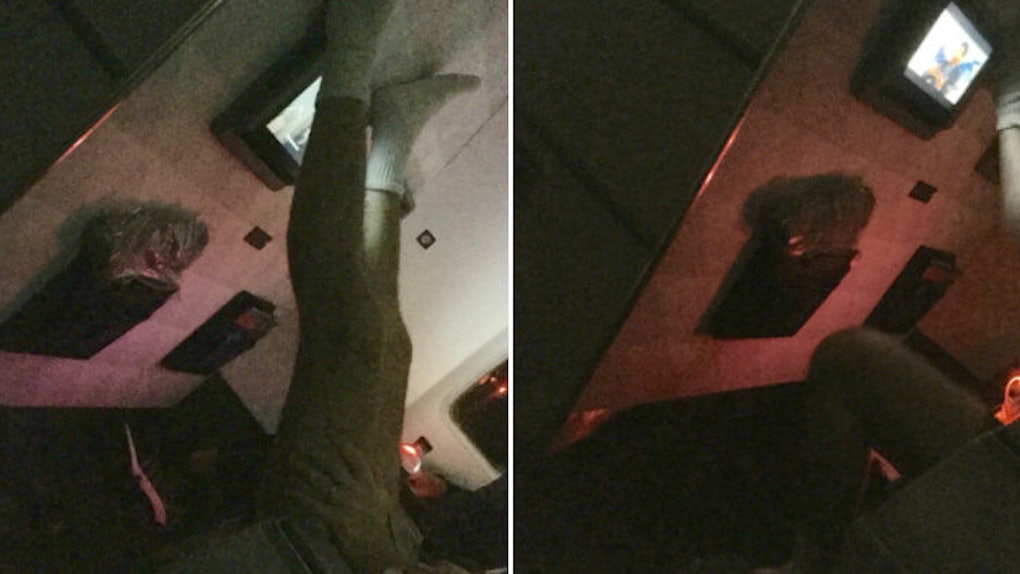 Anyone who has been on an airplane a few times has at least one horror story.

Personally, I have several, but the time a very drunk woman actually threw up on me obviously takes the cake.

That said, I knew exactly how to react in this situation: Scream, "WHAT THE FUCK!?" stand up, push the person sitting in the aisle seat out of my way and book it to the restroom to clean up.

I'm not sure how I would respond to what comedian Kumail Nanjiani, best known for "Silicon Valley," witnessed during his flight. Thankfully, he tweeted about it.

How does one react when a grown-ass man takes his jeans off to get comfortable during a flight?

Like... what?! Who in the right mind would just strip down to their underpants in public?

This dude does realize an airplane is not his living room, right?

After four hours, a flight attendant confronted him. But... not about the pants???

Personally, I think I would have addressed the pants issue first.

This bro is so entitled that even when he's told not to do it, he still airs out his crotch in an enclosed cabin.

Where are his pants? In the overhead?

Like a moth to the flame, I am unable to tear my eyes away from his thighs.

Nanjiani said that he was a jerk even before his pants came off.

This is weird -- in my dating experience people are nice while their pants are on, still nice when their pants are off and then when they get them back on again, they stop speaking to me forever.

Who doesn't take off their pants and bang their hands when they want attention?

But this tweet makes me hate him more than his not wearing pants.

I LITERALLY HATE THIS MORE THAN ANYTHING IN THE WORLD?! MOVE OUT OF THE WAY?! WAIT YOUR TURN?!

DO YOU HONESTLY THINK YOU'RE MORE IMPORTANT THAN EVERYONE ELSE WAITING TO GET ON THIS PLANE?!

Can you tell I just flew home from the holidays today?

Seriously, dude, look around -- do you see anyone else without pants?

Apparently, when the flight was descending, the man calmly stood in the aisle and put his jeans back on.

Then, he exited the plane. No police or justice were waiting for him, and he blended into the crowd never to be seen again...

Except maybe ON YOUR NEXT FLIGHT?!

Citations: Comedian Tweets About Pantless Airplane Passenger, Who Might Be the Worst Passenger Ever (Complex)