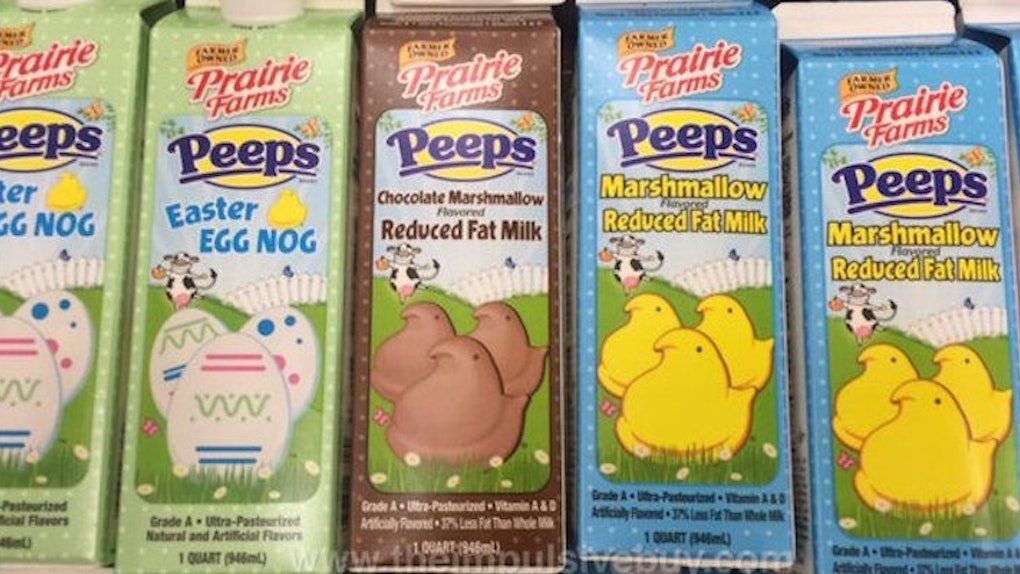 "I wish there were an easier way to consume massive quantities of Peeps," said no one, ever.

In case anybody ever did say that, though, the demons behind Peeps have now created Peeps Milk, so you can suck down the marshmallow chickadees in liquid form.

America's favorite milk is back! We have teamed up with @peepsbrand to bring you #PrairieFarms PEEPS Milk, a treat for everyone to enjoy!

More like a "perfect treat for little kids to barf up on a trampoline."

According to the sickos at BuzzFeed who first reported this story, you can only find all four nauseating flavors at Walmart. So unless you were planning to buy a disposable futon this month, don't worry about having to face Peeps Milk at your regular grocery store.

I can't promise you won't run into this guy (in your nightmares), though.

If, for some strange reason, you do feel like puking your guts out, here's a video of that random white guy mixing Peeps Milk with vodka.

Don't forget there are still yummy foods in the world, like Nutella Cronut holes.

Citations: Peeps Milk Is A Thing That Exists (BuzzFeed)