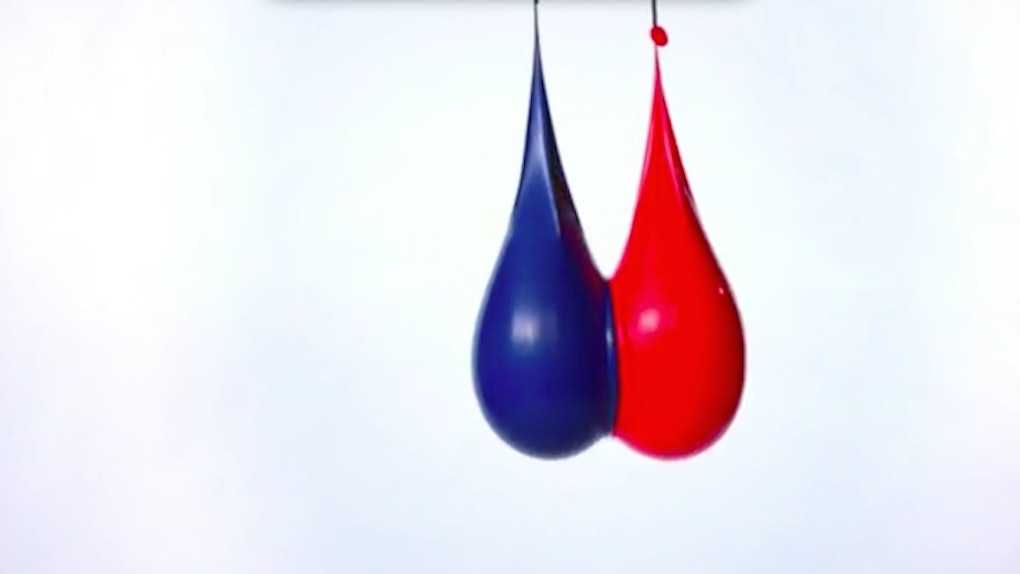 The Slow Mo Guys made a career out of making stuff hit other stuff in front of a high-speed camera. Everyone likes watching slow-motion stuff, and these guys are the first to figure out a way to monetize it. It's an ingenious concept if you think about it, and it makes these two dudes the JP Morgan and Henry Ford of YouTube.

Their latest video is literally just them smashing two paint balloons into each other, and it's magnificent. It's simple, it's fun and it's all enhanced by slow motion. I could honestly watch this video on loop for 36 hours and not feel like I wasted a day and a half.

Don't try this at home -- unless you want to have a butt-load of fun at home. In that case, def do this as often as possible.