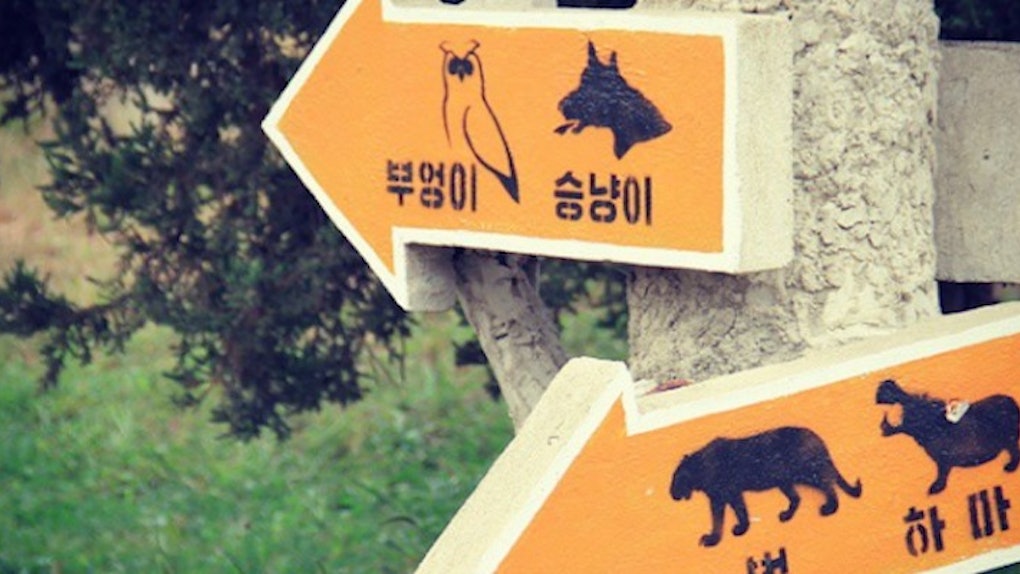 Like most zoos, the recently renovated zoo in North Korea features animals on the exotic side of the spectrum, like elephants, tigers and monkeys.

But this zoo, which was a gift from North Korean leader Kim Jong-un to people in Pyongyang, features a dog exhibit right across from the reptile house.

Because dogs are so much cooler than snakes....

Thousands of visitors stop by the dog pavilion to look at different breeds including German shepherds, Shih Tzus, schnauzers, Saint Bernards and even a Chihuahua that Kim Jong-un chipped in for.

Each dog has a plaque above its pen with the breed as well as an indication of who gifted it to the zoo. For example, a King Charles spaniel that belonged to Kim's father, Kim Jong Il, resides there now. The spaniel was originally given to him by "the US company Tapco," according to its plaque.

You can also see a Pung San dog, which is the national dog of North Korea.

Yes, North Korea is one of those places where they eat dog meat, but apparently the zoo has signs in the dog pavilion about how to properly train dogs as household pets. Having dogs as pets isn't common in North Korea yet, but more and more people are getting into it.

It's pretty crazy that North Koreans are paying to see what anyone in America can see for free if they hit up a dog park. Or like, any street in New York City at any given hour.

My question is, when will this zoo realize it could like, quadruple its revenue if it turns the dog pavilion into a petting zoo section where people can play with them?

Some of the animals in the zoo "look forlorn" but I'm sure for the dogs, a human touch would cheer them up. You know, if they're cool with being pet and all.

Citations: This is a Shih Tzu! North Korea's central zoo reopens with DOGS as the star attraction (Daily Mail)