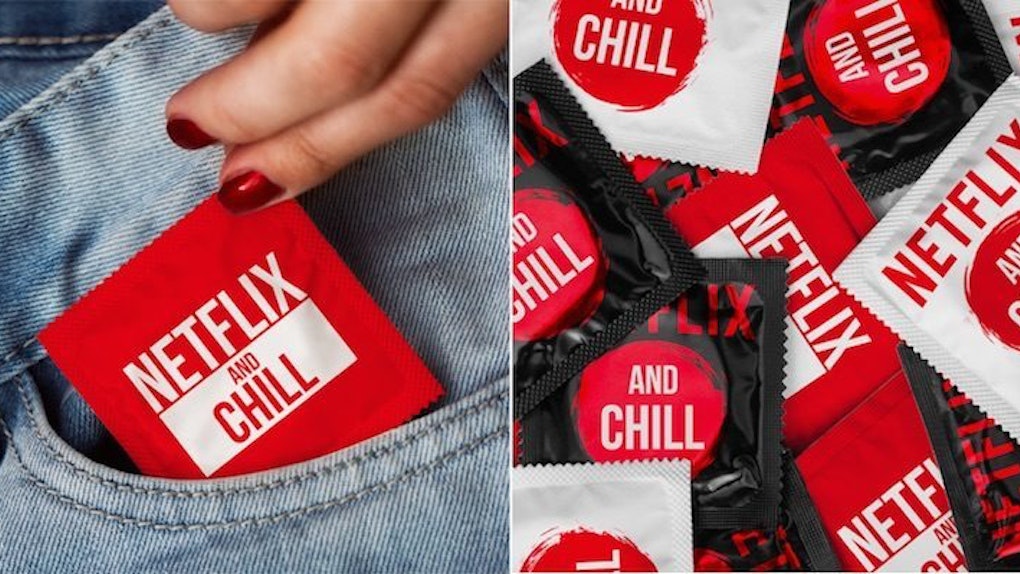 'Netflix And Chill' Condoms Actually Exist, So You May Want To Stock Up

Everyone knows “Netflix and chill” is really just a pretense for a hot, lazy trip to the boneyard accompanied by the rousing sound of Fox Mulder in an impassioned shouting match with FBI Assistant Director Skinner for the eight millionth time.

Now, for the festive among us, “Netflix and chill” condoms are available to bring the thematic coordination of a 4-year-old's “Dora the Explorer” birthday party to the act of casual sex.

1. A 4-pack of the contraceptives is available at Netflixandchillcondom.com for $9.99.

2. Say It With a Condom makes a Netfl!x And Chill Condom with boxier packaging and competitive pricing.

3. Finally, ballers who don't mind spending $12 on a 3-pack of prophylactics can order from NF and Chill.

Order those condoms, folks, and make your next transparent attempt to get the goodies even more obvious.

Citations: 'Netflix and Chill' condoms are here for your (viewing) pleasure (Mashable)