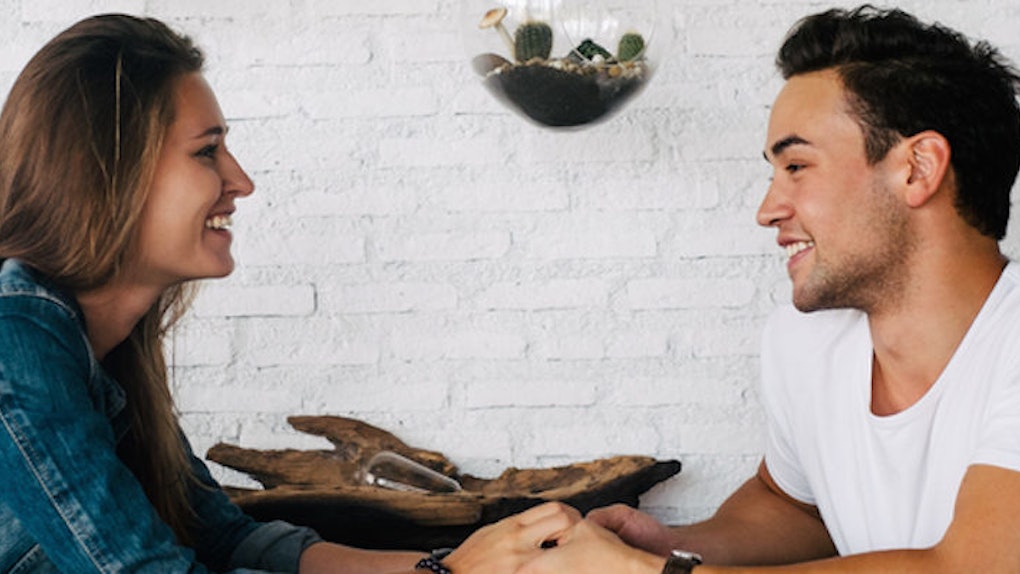 Listen up, fellas: If you're looking to seriously date that model you just swiped right on, there's something you should know.

You may have noticed seeing a short, bald guy walking around with a tall, gorgeous woman is less common lately. According to research, this probably has something to do with the rise of online dating.

Yep, 40 million Americans now use online dating services. While it's great there isn't a stigma surrounding online dating anymore, there is one catch to finding your Friday night date online: People are generally only dating in their leagues, so to speak.

Skeptical? There's research to back it up. A study conducted by researchers at Northwestern University and University of Texas at Austin found the longer you know someone, the less likely you are to care about physical attractiveness.

If your first interaction with someone is in a dating scenario, though, you're more likely to give the person a chance based on attractiveness alone.

A Priceonomics article declared online dating "the death of the 'mixed-attractiveness couple,'" but if you ask me, this just means good news for any guy or girl who thinks he or she is in the friend zone. That's because the longer you know someone, the more likely you are to base your romantic attraction to that person on things other than physical characteristics. This is a good thing, people!

While it does seem online dating made us all a bit more superficial, don't delete your dating apps just yet -- online dating is still a great way to meet people.

As comedian Aziz Ansari pointed out while discussing his book "Modern Romance," one in three people now meets his or her spouse online. That's a lot of people.

So keep swiping left, right and messaging that guy who also loves dogs and long walks on the beach.

And in the meantime, give your friend a second look. Maybe he or she has been "the one" all along.

Citations: Online Dating and the Death of the 'Mixed-Attractiveness' Couple (Priceonomics), Longer Acquaintance Levels the Romantic Playing Field (Association for Psychological Science), Dating States You Should Know (Happen), Aziz Ansari: Talking Modern Love With The 'Master Of None' (NPR)