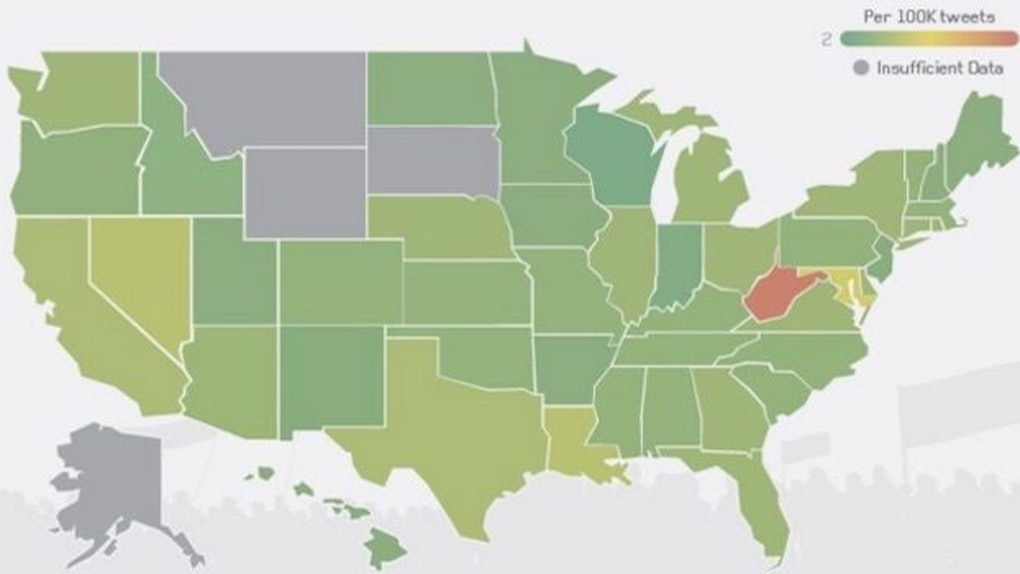 Here Are The Most And Least Racist States, According To Twitter

Racism has a long and complex history in America.

And one can't deny that, despite the Civil Rights Act of 1964, racism still exists in American society -- in some states more than others.

Though, today, racism is neither state-sanctioned nor socially tolerated, lingering sentiments from the pre-Civil Rights era do remain active.

With nationwide examples of public racism including Donald Trump's political rhetoric in the Republican primaries, apartment search site Abodo decided to create a map showing the most racist areas in the country -- you know, so apartment-hunters can actively avoid living next door to a Neo-Nazi white supremacist.

Using specialized software to track speech patterns in over 12 million tweets posted between June 2014 and December 2015, specifically filtering for mentions of racial slurs, the site compiled a comprehensive nationwide map to show users exactly what's being said and where.

What the data doesn't show is how these slurs were used.

Without a way to definitively separate the intentionally racist tweets from the ones in which the offending words were used in a non-malicious manner -- i.e., those sent by minorities reclaiming the slurs -- it's impossible to say which states are the most racist with 100 percent accuracy.

Regardless, it's interesting to see where and how these slurs are used.

Take a look at the findings below and read more about the study -- which also looks at state-by-state instances of anti-Hispanic discourse, anti-woman discourse and more -- at Abodo.

ALL derogatory language by state (including instances of racism, sexism and homophobia)