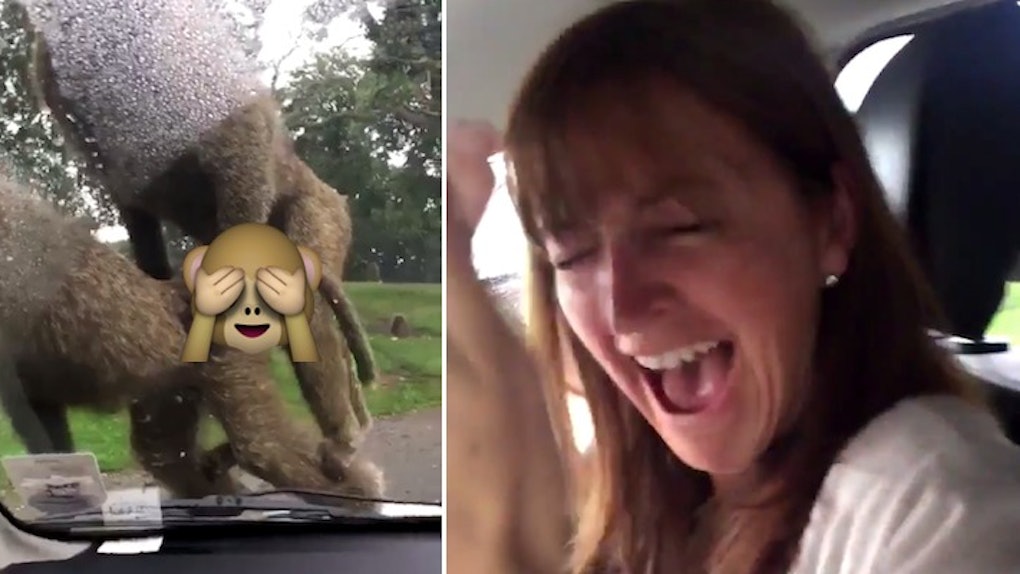 I'm not sure about you, but when I think of monkeys, a bunch of furry creatures who are too smart for their own good and give zero fucks come to mind.

These savage monkeys COULD LITERALLY NOT wait to get back to their humble abode in the wild for some romping time in private.

Instead, they chose the hood of an innocent family's car to casually put their sex life on full display during a safari tour.

The end result? A cringe-worthy viral video, of course!

Twitter user CharlWhelan originally posted the intimate encounter for the world to see.

It's safe to say savage monkey sex is the latest viral offering. Thanks, social media.

I mean, what would our boring lives be without a sight this brutal?!

Speaking of brutal, did you hear that mom screaming in the video? You would think these monkeys were messing around in the actual backseat or something.

But hey, I can't say I blame her. It isn't every day a couple of kinky monkeys choose you to shoot their sex tape.