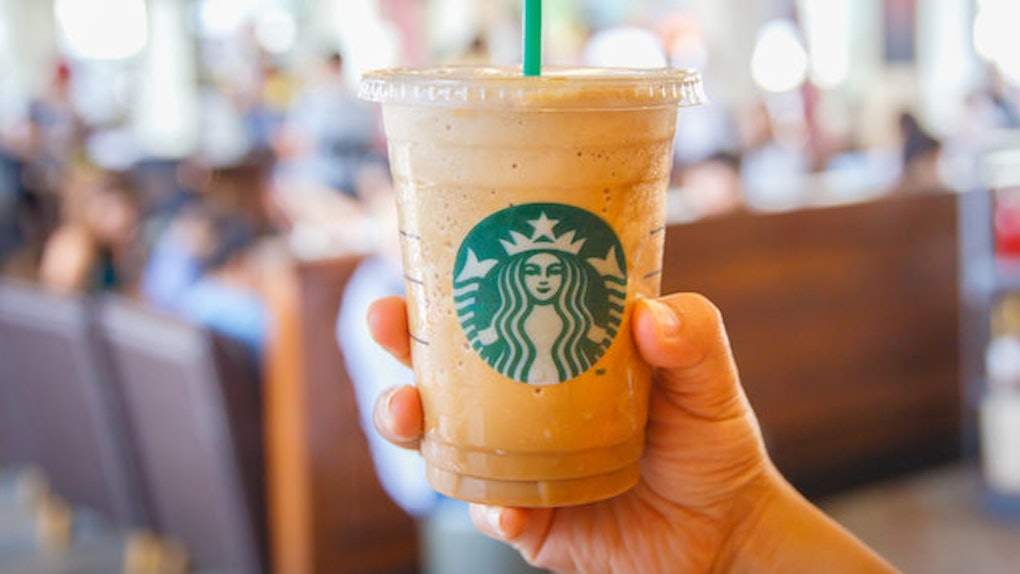 Millennials Are Blowing All Their Savings On Starbucks

A dollar here and there spent on a cup of coffee won't hurt, right?

If you're anything like me, a "dollar here and there" actually means multiple dollars spent every morning at the bodega across the street on a large hazelnut coffee with a scoop of sugar.

To others, it might mean a daily cappuccino from the local Starbucks on their way to work.

However you blow your cash on caffeinated beverages, you can't deny the fact you're spending too much money on coffee — and now, there's a study that proves it.

According to Refinery29, SurveyMonkey conducted a survey for an investing app called Acorns that explored how much money millennials spent on coffee each morning.

The study compared the amount of money millennials throw at baristas on the reg' and compared it to the amount they put toward their savings, and the results are shocking (kind of).

Apparently, the study shows that close to half of 1,900 millennials spend more money at coffee shops than they put into their savings.

On top of that, the study also found that 41 percent of millennials from 24-35 years old don't think they'll have enough money to retire by the time they're 65 years old.

Screw it, right?! I'd rather be broke and caffeinated than have a financially stable future. Wouldn't you?

Acorns talked to Vice's "Munchies" about the surprising discovery:

A staggering 44 percent of female millennials aged 18-35 spent more on their morning fix than they did putting money aside this year. What's more is that this number is almost 10 percent higher than the number of millennial males with the same habit in the same time frame. This evens out to about 41 percent of all users surveyed.

In case you haven't put two and two together, the study found women spend more money on coffee every morning than men do — and I'm guilty.

I guess it's time to start brewing my own cup 'o joe in the morning. Either that, or hope I hit the lottery when I'm 65 years old.

Citations: Millennials Are Officially Spending More $ On Coffee Than On Retirement Savings (Refinery29)