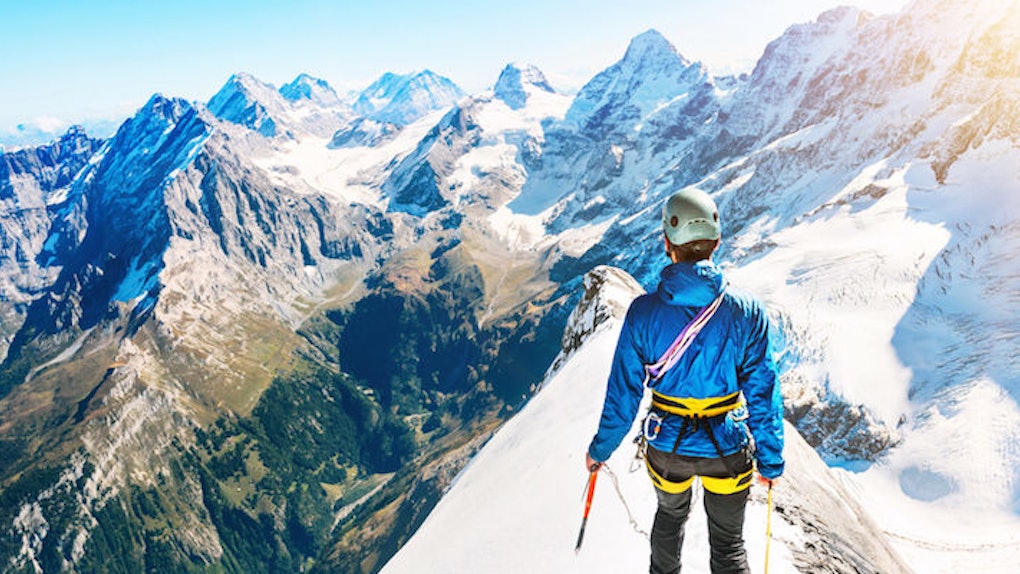 So, climbing Mount Everest and coming back down with all your limbs intact is a huge accomplishment, right?

Not for Melissa Arnot. On Monday, the 32-year-old American climber became the first woman to ever summit Mount Everest and survive the trip back down... without oxygen. As if that isn't impressive enough, this was her SIXTH time summiting the 29,035-foot peak.

To put this insane achievement into perspective, more than 280 people have died trying to climb Mount Everest since climbers first completed an official ascent in 1953. Just this past week, four people died trying to summit the colossal peak. And according to Outside Magazine,

Of the 7,001 Everest summits going into this season, according to the Himalayan Database, only 193—or 2.7 percent—did not involve supplemental oxygen.

In a press release, Arnot said of her record-breaking climb,

This has been an emotional journey, to say the least. Climbing Everest without supplemental oxygen has been a goal of mine for a long time. When you succeed at reaching your goal, it makes you reflect on the hard days, the work, and lessons I've learned along the way.

I totally feel you, Arnot. I tell myself the exact same thing every time I scale an extra long Monday.