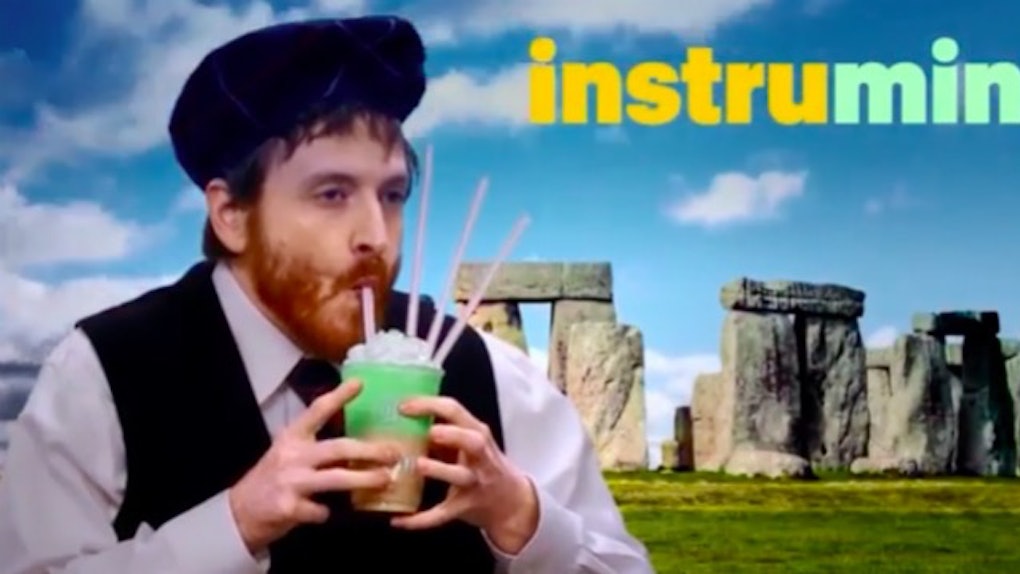 Though you can't tell it from my last name, I'm mostly of Irish descent.

Despite our family being in America for a number of generations, even I can tell you this McDonald's tweet about their Shamrock shake makes the company look like a bunch of "eejits."

Now, while it makes sense the company would use a bunch of un-Irish things to promote a Shamrock Shake, which is also un-Irish, it ended up making the internet very confused.

The tweet, which has since been deleted, featured a man dressed in a tartan, drinking a Shamrock Shake that hosted enough straws to look like a bagpipe, while Stonehenge appeared behind him.

Literally, everything about that is... wrong.

Bagpipes and tartans are Scottish, while Stonehenge is in England.

Every year before St. Patrick's Day, McDonald's releases their Shamrock Shake in all its disgusting, minty glory.

Maybe whoever was in charge of marketing wanted to make a point? St. Patrick's Day is personally an excuse for me to eat corned beef and cabbage and drink a lot -- as I assume it is for all of us.

But surely there is enough Irish folklore and imagery that could make an ad go viral?

Leprechauns, drinking, step dancing, Niall Horan of One Direction... I could go on.

It seems McDonald's had a bit of a misstep in their attempt at viral marketing. Instead of creating a spoof of Irish culture, it kind of just feels cringeworthy.

So, while we judge whoever made this video a little bit longer, I'll be daydreaming about that green beer and all those green Jell-O shots I'll be downing on March 17, and then waking up on March 18 with an extreme hangover that will be cured by a McDonald's hash brown and Shamrock Shake...

Just like my Irish ancestors didn't do before me.

Citations: McDonald's had to be trolling with this Shamrock Shake tweet (Mashable)