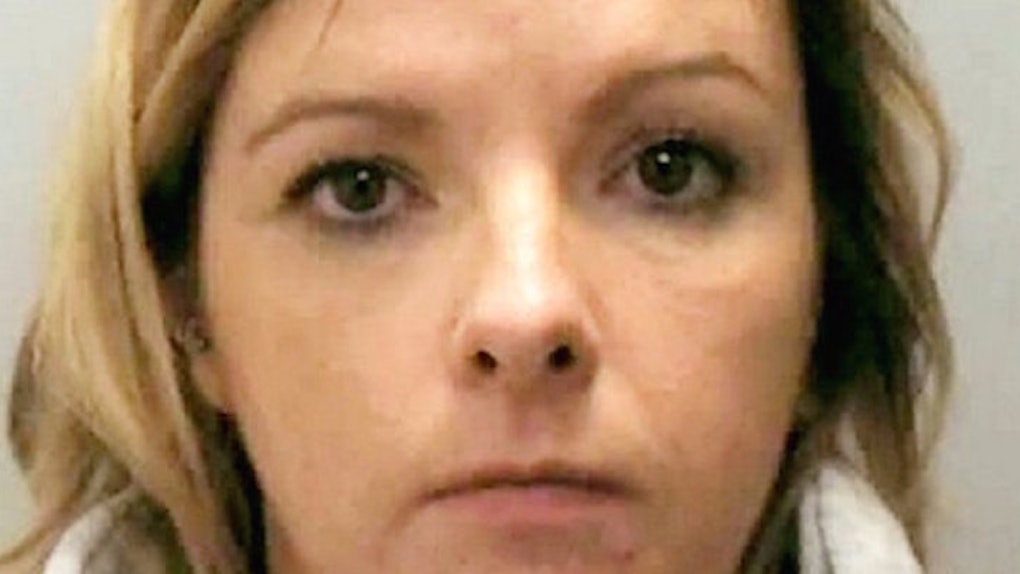 International flights can be long, monotonous and extremely boring. Therefore, it's always important to find something to keep yourself occupied while you're soaring through the sky.

Whether it's reading a new book, watching a few movies on your laptop, doing some homework or cleaning up your overflowing email inbox, there are all sorts of constructive things you can do to pass the time during your flight.

It appears Jill Meldrum-Jones, a 37-year-old teaching assistant – was recently on a school trip when she decided to give one of her 15-year-old students a sky-high lesson in human anatomy.

According to Coventry Crown Court, Jones committed multiple sexual offenses after one of her students caused her to become "consumed with lust" during the school trip.

Meldrum-Jones – who is a married mother of two – allegedly showed remorse as the prosecutor, Stefan Kolodynski, explained how the woman performed oral sex on the adolescent boy not once, not twice, but THREE TIMES on their returning flight.

At the time of sentencing, the judge told Meldrum-Jones,

You at the time were a teaching assistant charged with responsibility for teenage children. It almost beggars belief that somebody from your background – happily married with two children and intelligent – should so lose control of your senses and judgment that you would permit yourself to behave in this way.

Meldrum-Jones was sentenced to 32 months in jail for the grossly inappropriate extracurricular activities she carried out on the flight.

The judge acknowledged that the time Meldrum-Jones spent away from her family in jail would be very painful for her husband and two children.

However, the judge's obligation to uphold the law gave him no other choice but to punish Meldrum-Jones with the minimum sentence of 32 months behind bars.