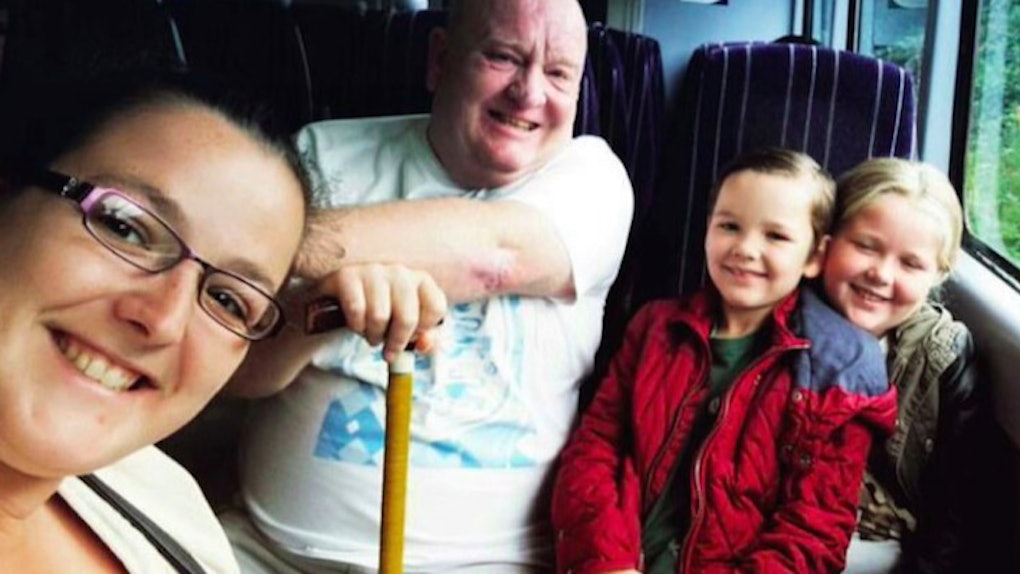 You guys, I have a fairy tale love story that will melt your heart.

Metro News reported yesterday afternoon that Mark Ellis, a 51-year-old truck driver from Yorkshire, England, found his true love by texting a phone number found on a wall in a public bathroom.

Ellis was on his way to a local pub when he stopped by a public bathroom in Garforth, West Yorkshire. He saw the phone number on the wall of the bathroom next to the sentence, "If you want a good shag, call Donna on…" and just couldn't help himself from dialing the digits.

Ellis sent the phone number a simple text that read, "Hi. What are you up to?"

Donna Roberts, a legal secretary, was the woman on the other end of the phone. She admits she was very confused when she first received the text.

She goes on to say she wasn't even sure the person texting her was a real human being, given that Ellis didn't tell her how he found the number until a few days after finding it.

Here's the plot twist: It turns out Roberts' ex wrote her number on the bathroom wall, but that little piece of information doesn't seem to bother her. "I should thank my ex," she said. "He did me a favor."

The pair hit it off right away and fell in love. And their children are proof.

Yep, that's right. Roberts and Ellis now have two kids, an 8-year-old and a 9-year-old. The kiddies don't know how their parents met just yet, but maybe the parents should keep it that way until they're older.

Imagine what would (or wouldn't) have happened had Ellis not gone to pee? This one's a story for the books.