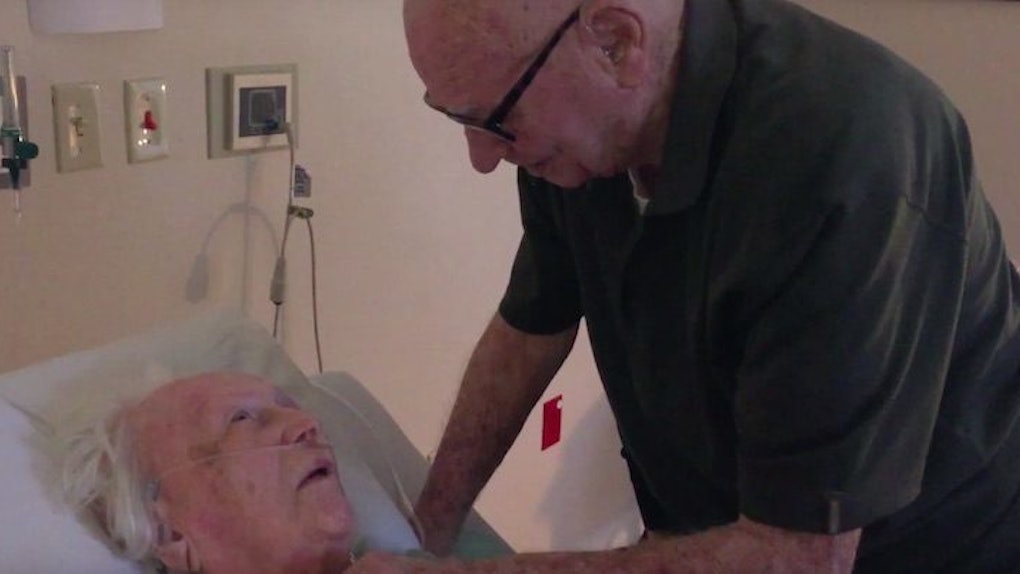 Oh, boy. You're going to want to get hydrated AF before you watch this video because your eyes are about to turn into face waterfalls.

Let's just all try to get through this without completely breaking down into very loud, public criers.

According to an original post on Facebook, the video features Howard, a 92-year-old World War II veteran, sharing a few moments with his wife, 93-year-old Laura, during her last days in hospice.

Of the couple, Erin Solari, who uploaded the video, wrote,

At family gatherings, it was not uncommon for the two of them to sing this song together, each taking a verse and serenading the other. In fact, after fifty years of marriage, they renewed their vows and performed this song as a duet for the entire family at the reception. Sadly, Grandma is now too weak to sing, but that doesn't stop her from saying the words to him (see at 1:00). Howard then takes over for her and sings the rest of the song to her while stroking her face.

Apparently, when Laura heard Howard was in the room, she asked for him to come over so she could "hold him."

Solari said, even though Howard is in a wheelchair, he immediately moved closer to the bed to make sure he was able to be with Laura. Solari's cousin, who is a physical therapist, helped Howard to his feet so the couple could share the moment together.

The description points out the song in the video is Rosemary Clooney's “You'll Never Know,” a song Laura used to comfort herself when Howard was off fighting in the war.

After the video went viral, Laura was deemed healthy enough to be transferred back home to live out her final days.