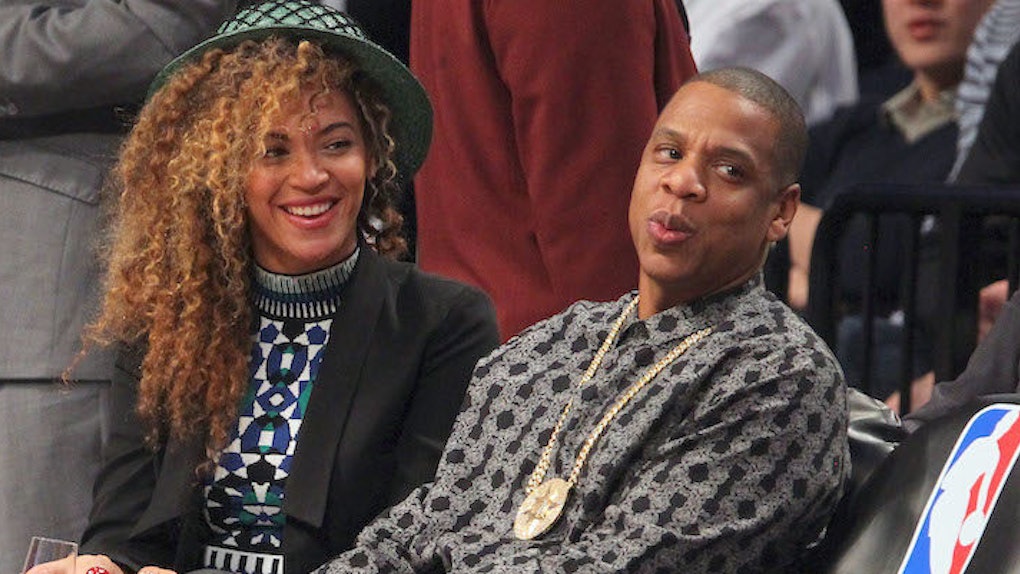 Tickets to Beyoncé's Formation World Tour aren't just the Holy Grail of concert tickets, they are the Holy Grail. Most people would give a semi-crucial organ to attend a Queen Bey show, even if that meant sitting in the nosebleed section one row behind an elephant.

But for one man... not so much. Twitter user Michelle Gardner was at a Beyoncé show in Raleigh, North Carolina on Tuesday night when she noticed a peculiar sight.

Gardner posted the video to Twitter and the Internet went insane. Because, duh.

My only question is, what book could possibly be more entertaining than Beyoncé performing live and in the flesh?! Then again, it's not too difficult to understand what's going on here if you just take a moment to put yourself in his shoes. Imagine yourself 30 years older, even more tired and having to listen to the same song your pre-teen daughter has been blasting nonstop for the last six months.

Yeah, chilling with a good book would sound pretty nice to me, too. Until then, someone get me this guy's info, because I will happily chaperone his wife or daughter to a Beyoncé show any damn day of the week.

Citations: We Are Obsessed With This Guy Casually Reading a Book During a Beyoncé Concert (E! Online)