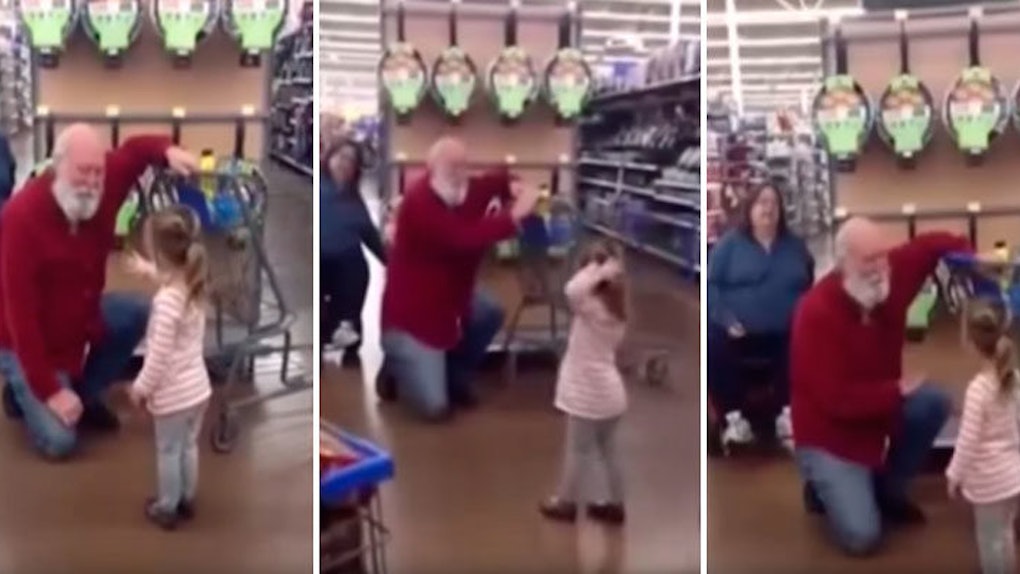 Getting compared to Santa Claus might not be the most flattering compliment in the book, but this old man handled it like a champ.

While reportedly shopping at a West Virginia Walmart, the man, sporting a red shirt and a Saint Nick-esque white beard, got accosted by a little girl who believed him to be Santa.

Instead of correcting the exuberant youngster, the man, Roger, played along. He asked the little girl if she'd been a good girl and even listened while she talked about her Christmas preparations.

A fellow shopper recorded the joyful encounter and put the video on YouTube, where it quickly went viral.

Check out the footage up top, and feel your Grinchy heart grow in response.