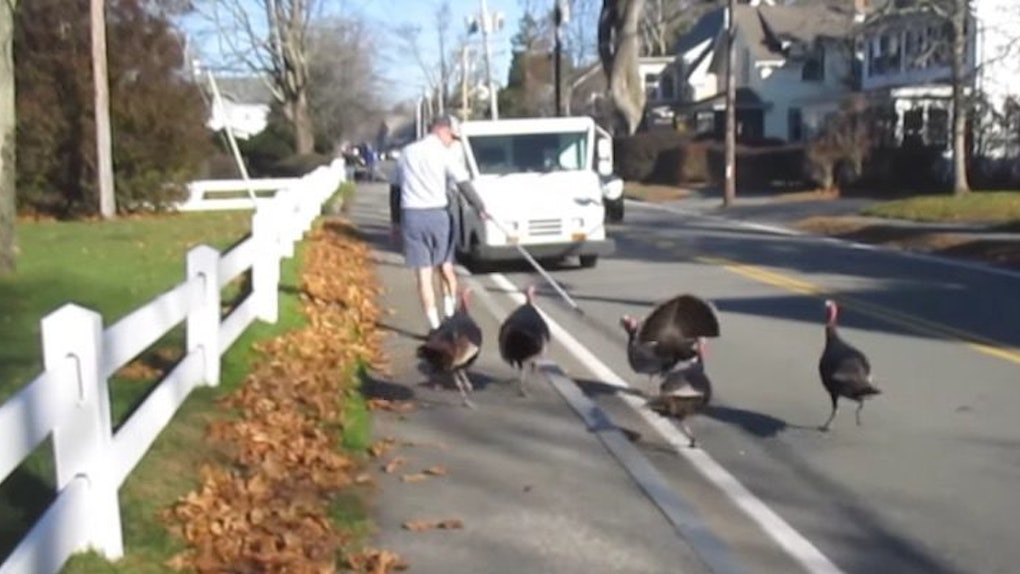 I'm going to go out on a limb here and assume most people have never actually seen a live turkey.

Let me explain something to you: Turkeys are huge. They're also kind of terrifying. They're like freakish feathered dinosaurs, but with talons.

Fortunately, I've never been close enough to a live turkey to get really familiar with them. This mailman, sadly, has.

Every day, the mailman from Falmouth, Massachusetts gets chased by a pack of angry turkeys. It apparently got so bad he had to arm himself with a long metal pole to fend 'em off.

It sounds hilarious, but as you'll see in the video above, it's actually kind of horrifying. It's like Alfred Hitchcock's “Birds,” but worse, because they're turkeys. I hate turkeys.

Watch the video above and you will too.