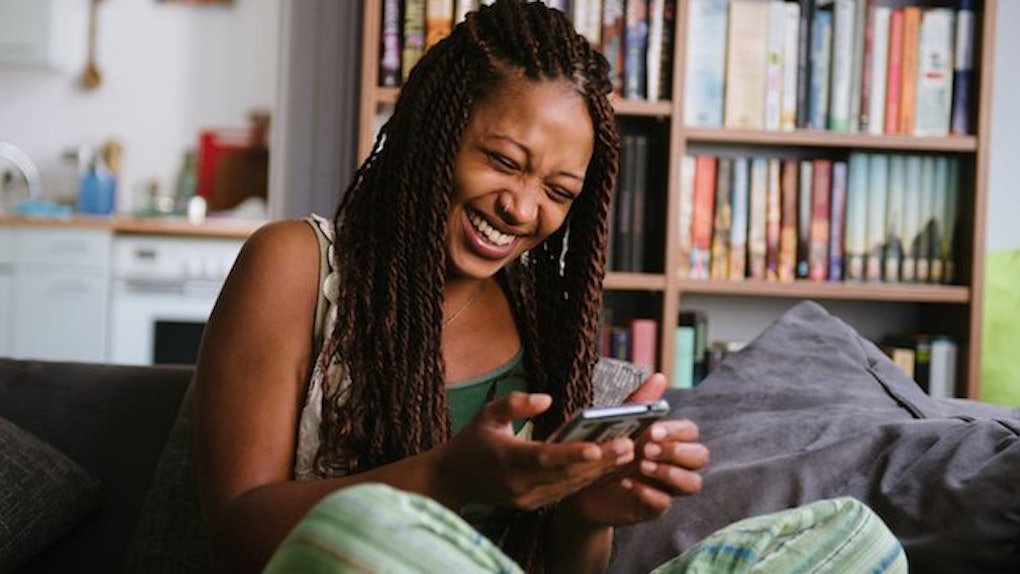 You Vs. The Girl He Cheats With Meme Is Confusing Men & Women Are Loving It

Most guys have a hard time noticing things like a new haircut, let alone something like balayage or lowlights. Any woman who has dyed or cut her hair within the last few years knows that pre-appointment Pinterest search for the perfect style all too well. After an hour of searching, you probably decide on a loose, wavy style à la Blake Lively (or Beyoncé if you're really feelin' yourself). Well, Twitter user Payton Hicks appears to be very well-versed in trendy hair, and her viral hair meme is confusing men everywhere for a hilarious reason.

Hicks posted the tweet on Wednesday night, and it quickly garnered all of Twitter's attention. At most, its basic purpose is to compare two evolving hair trends, but the caption is what makes it extra relatable for most girls. She wrote, "you vs. the girl he cheats with." Coupling that with the picture is sure to elicit all the laughter from most women who come across it.

Allow me to explain. When someone cheats on you, you're typically not in the best mood. Most girls would usually accuse the "other girl" to be a downgrade, much like the curls on the right. So, if you spotted your guy with a side piece sporting these tight curls, then you're probably going to be quick to point out that you are currently rocking a flawless AF hairstyle -- because you are so much better than that.

Most girls will relate.

Fellas, on the other hand, were not as quick to understand the joke.

Some really did not get it.

Seriously, it's like these guys were trying to spot the difference in the back section of a Highlights magazine. Spoiler alert: they did not succeed. Confusion was spreading and there wasn't a mansplainer in sight who could right the ship. Then, some helpful ladies came through with an assist.

Girls who were in on the joke finally gave some explanations.

Most women will immediately recognize those curls on the right from many a picture album containing their memories from 1999, and all the awkward mid-boutonniere-pinning photos from every dance ever.

An emoji explanation was attempted. #keepitsimple

There was some hope that the confusion had been cleared up.

This guy did his best to show that he kinda got it.

Just keep nodding along, and everything will be fine.

Then, some replies went back to being fully offended by the outdated style.

OMG, the crunchy curls. You'd forget that you did that to yourself, try to comb through your hair with your fingers, and then lose the use of your hand for the next 5 to 10 minutes because it was stuck.

A pasta comparison made its way to the thread.

This tweet really took a toll on the internet.

Every day, there is a new hair trend, beauty tip, or must-have product that is marketed to women. Generally speaking, many women enjoy indulging in some of these self-care solutions from time to time. Given that women are exposed to hair and beauty articles and posts in magazines and pretty much anywhere online, it's no wonder this meme struck their funny bone. Plus, we all know how cringe-worthy those curls on the right are.

Women looking at this picture illustrating the difference between a passé hairstyle that reminds them of when they choreographed their fifth-grade talent show dance and their current swoon-worthy 'do will usually crack a smile, whether it's accompanied by a cheeky caption or a simple #TBT.

The fact that most guys were so puzzled by the meme was just a bonus laugh -- not a malicious attack. Mars and Venus, right?