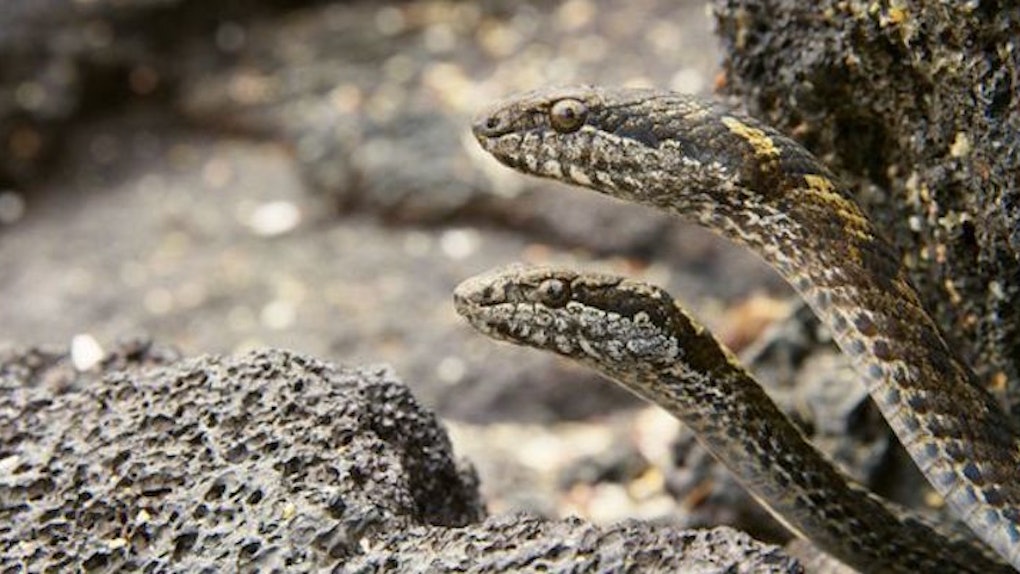 This lizard escaping a pack of snakes is literally all of us during this election season.

Much to every earth enthusiast/stoner's delight, "Planet Earth" has been kicking out new episodes lately.

The episodic story of smaller cute creatures trying not to be eaten up by bigger terrifying creatures could honestly be a metaphor for anything in life, from teachers assigning massive quizzes to meeting your fiancé's parents for the first time.

So, maybe it's fitting that this specific clip featuring a baby iguana trying to escape a pack of snakes has gone viral the day before the US decides if they want to have Donald Trump as their president, or not.

Behold the most literal metaphor you could possibly imagine about this year's election.

Wow. This thing was a goddamn emotional roller coaster.

First, we meet an adorable baby lizard (AKA the United States of America), then we learn of potential threats to this baby lizard (AKA gun deaths, ISIS, Trump), and then we see it chased through a rocky terrain (AKA that time Ben Carson was in the election).

The lizard even gets caught for a second (AKA email servers) before breaking free continuing to climb its way to victory (AKA the election tomorrow).

Although the video cuts out, I assume he went on to eat a lot of bugs that night (AKA provided liberty to its constituents) and mated with another lizard to keep the lizard species going (AKA... actually, it's the same thing with us. A lot of people are gonna be having sex on Tuesday night).

Take what you want out of this story, but the important part is...

OUR COUNTRY IS GOING TO SURVIVE!

WE'RE GOING TO BE OK!

So, if there is one lesson to take from nature and the movie "Jurassic Park," it's this: Life finds a way.

So, get out and vote tomorrow. If you don't know who to vote for still, just write in this lizard.