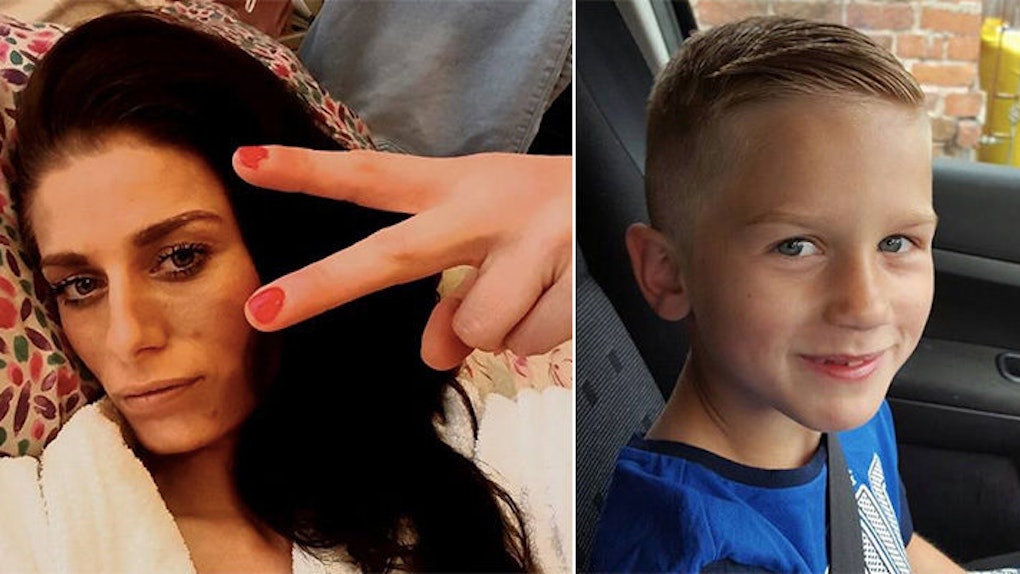 An 8-year-old boy no longer has a mother. Her remains were believed to have been found on the side of a British highway.

That mother is 29-year-old Ellia Arathoon, who disappeared in late October in the UK. In a farewell letter written by her son Reece, she was given a big, heart-wrenching goodbye.

I know you are an angel now mommy and you can see me all the time. I feel sad but I'm going to be brave.

According to The Telegraph, Reece wrote the letter after speaking to his dad, John Dunne.

I had to tell him that his mummy was now an angel in heaven and that she's always looking over him now every day and that she'll look out for him. We talked about the different things that he remembers, we both sat down and what's in that letter is what he said.

Dunne also told The Telegraph he is trying to keep his son focused on the positive side of things... namely, the love many people had for his mother.

The father's strategy seems like a good one, especially considering the fact that details of Arathoon's death are unsettling.

According to the Chester Chronicle, human remains believed to belong to Arathoon were found near the M53 highway on Thursday in the UK.

That discovery came only days after the mother's October 29 disappearance. The Chronicle quoted a Chester police spokeswoman as saying,

A Home Office post-mortem examination has taken place on remains that were found near to the M53 on Thursday 3 November; the results were inconclusive. Formal identification has not yet taken place, but at this stage, it is believed to be Ellia Arathoon.

And the police have a main suspect, too: Craig Andrew Procter, 39, was arrested. He has been charged with the murder of Arathoon.

Should Procter plead not guilty, his trial would be set to take place during its provisional date in April, the Chester Chronicle reports.

Until then, Dunne is likely keeping his son away from the details of the legal proceedings surrounding Arathoon's murder.

All I want Reece to see is the positive and how many people loved his mum, cared for her and how many hearts she touched. She was a special girl, she really was one of a kind.

Judging by his letter, Reece cared for her, too.