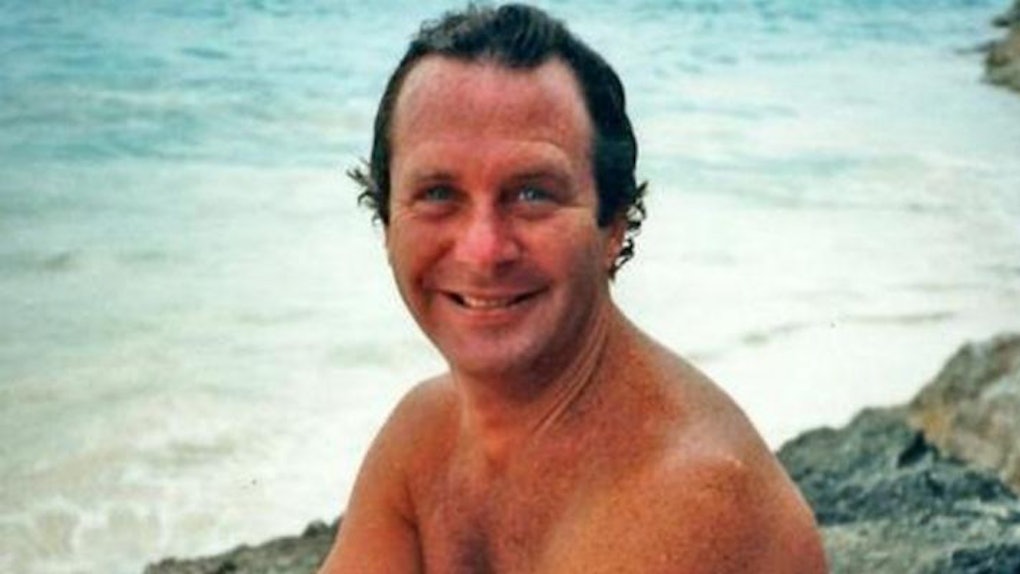 Chris Connors had one request of his daughter Caitlin when it came to his obituary: He just wanted her to make it funny.

Last weekend, when Caitlin sat down to write about her father's epic life, she had no idea that it would go viral, but who can resist an Irishman who died from "stubbornness, whiskey?"

Caitlin, a copy editor, sat with her cousin Elizabeth, and the two had a few cocktails for an obituary-writing party. They penned one of the greatest, true stories ever told.

When a man has a business card that reads, "Christopher C. Connors, Man of Action," you have to give him a proper sendoff.

As much as people knew hanging out with him would end in a night in jail or a killer screwdriver hangover, he was the type of man that people would drive 16 hours at the drop of a dime to come see. He lived 1000 years in the 67 calendar years we had with him because he attacked life; he grabbed it by the lapels, kissed it, and swung it back onto the dance floor.

He was just 67-years old when he passed after fighting ALS and stage 4 pancreatic cancer by facing it head on "stark naked drinking Veuve."

As funny as it is, it is all true, even the bit of Connors dying after "trying to box his bikini-clad hospice nurse."

When he was on hospice, a friend of the family, who is just as crazy, was bikini-clad when she would help administer his medication.

Connors was known for dressing as a priest and getting into a fight in a Jewish deli, swimming in the ocean in January, getting stabbed for saving a woman from being mugged in New York City and climbing to the base camp of Mount Everest at age 64.

Absolut vodka and Simply Orange companies are devastated by the loss of Connors.

In lieu of flowers, it is asked that the open bar tab is paid for or a donation be made to Connor's water safety fund. Thanks to the obituary going viral, $10,000 has already been raised.

Read the entire obituary in all of its glory here.