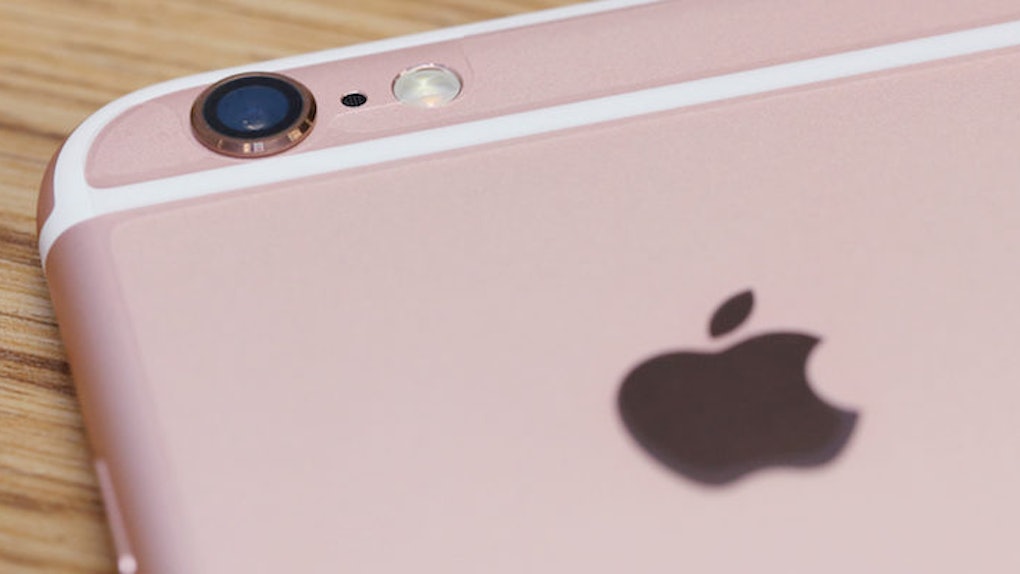 Technology is getting so advanced I'm beginning to feel a bit uncomfortable. Just think about the progression of cell phone cameras, for example.

As millennials, we went from taking Myspace selfies with flip phones in our bathroom mirrors to having Snapchat recognize our faces and transform us into puppy dogs and rainbow-spewers almost overnight.

Now we're about to experience augmented reality through iPhone cameras, and I'm not sure I'm ready for that groundbreaking step.

According to Mashable, Apple has plans for developing new AR features for iPhone camera apps.

These features will make it possible for your camera to recognize strangers and foreign objects through your lens -- and then give you information about them.

Creepy... or helpful? You decide.

The upcoming feature is similar to one provided by Blippar, an augmented reality startup. Its products recognize unknown items through a camera lens and then provide you with useful information about them.

Blippar's website uses an orange as an example. They claim that by pointing a camera lens at an orange while using the app, you'll be notified with recipes, nearby grocery stores and nutritional information about the orange.

OK... I guess that's pretty cool. I can't wait to point my camera at a big ol' slice of pizza and try every restaurant that comes to my screen.

News for this upcoming iPhone feature was publicized by a person familiar with the matter, who reportedly spoke with Business Insider about the plans for augmented reality in iPhone camera apps.

In an effort to achieve augmented reality, Apple is allegedly working with multiple AR startups.

According to Business Insider, Apple also inherited a few augmented and virtual reality companies, such as Metaio and Flyby Media.

Employees of both companies are currently working on Apple's camera with hopes of achieving augmented reality for Apple users.

Taking pictures is about to get a lot more fun, so stay tuned.