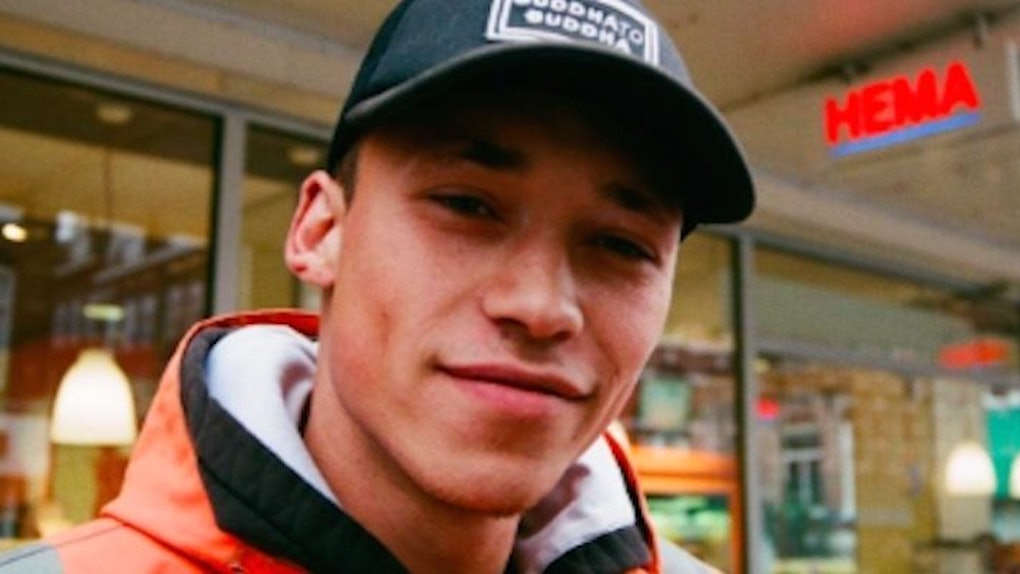 There isn't any shortage of insanely hot dudes in the world. However, sometimes, you have to look in some pretty unexpected places to find the most irresistible men on earth.

Apparently, the 26-year-old construction worker from Amsterdam was hard at work when he caught the attention of a group of girls, who then asked to take a picture of him.

Little did Libert know this photo would soon turn him into an overnight internet sensation.

Even though shooting strangers is what I do on a daily basis, I was still a little apprehensive to approach him because I didn't want to seem strange. But my friends encouraged me to do so and I went over and started talking to him.

Danika later did a glorious deed for humankind by posting the picture of this hot construction worker on social media.

It didn't take long for this fine Dutch fellow to capture the internet's attention.

Both women and men fell head over heels for this hot Dutch construction worker.

No, really. He's so damn beautiful, his photo even brought some online admirers to tears.

It left others simply too overwhelmed by their emotions to even form sentences.

Some ladies had a new definition of the term #HusbandGoals.

Libert also made a lot of women realize they need to go to Amsterdam ASAP.

A lot of ladies are saying Danika should have scored his digits along with that photo.

Other Twitter users wondered why this smoking hot guy was working as a construction worker, instead of strutting his stuff on the runway.

Because let's be real: This dude manages to look sexy as hell, despite the fact that he's wearing fugly orange construction attire.

Several people also pointed out Libert looks exactly like the young grandpa from that movie, "17 Again."

Soon after the photo went viral, the internet went on a mission to uncover the identity of this blessed babe.

It didn't take long for the Nancy Drews of the online world to deliver.

They eventually found all his social media accounts. As a result, Libert racked up over 20,000 thirsty followers in just 24 hours.

If the fact that Libert is just one gorgeous human being isn't enough to give you all the feels...

... you'll be glad to know he's quite the gentleman as well.

Libert was pretty stoked Danika made him internet famous. So, he sent her a flirty thank you message.

In addition to having a seriously charming smile...

... Libert also has an adorable dog. So yeah, if you ask me, he's basically the most perfect man on the planet.

Citations: People Are Falling In Love With A Dutch Construction Worker Because He Is Beautiful (Buzzfeed)